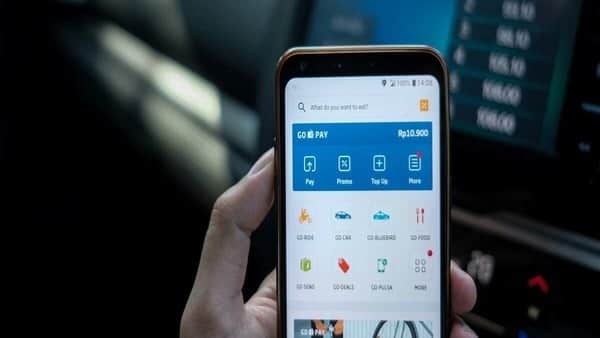 According to reports, smartphone users in India used their devices for an average of 4.7 hours per day in 2021.

There are several myths related to financial inclusion in the country. The scope for growth in digital payment is immense, as several factors will drive its adoption—a large educated and mobile-savvy population, high penetration of mobile services driven by increased usage of smartphones and mobile internet, even in the remote villages of the country.

The government’s focus on using the JAM (short for Jan Dhan-Aadhaar-Mobile) trinity has ensured that a significant portion of the Indian population is banked, driving the adoption of formal financial services.

According to reports, smartphone users in India used their devices for an average of 4.7 hours per day in 2021. Internet and mobile usage in India are all set to cross the 900-million mark by 2023, with two-thirds of the population estimated to have internet access and a mobile device.

Myth No. 1: India has the largest population of financially excluded or unbanked people globally.

India’s banked population more than doubled with the creation of zero-balance bank accounts and direct benefit transfers; narrowing the gender, wealth, and education gaps for financial inclusion. The Government, with RBI and the FinTech industry, continues to innovate with new forward-looking policies to fulfill its objective of universal growth through financial inclusion. The country’s banked population is the highest among BRICS nations, equal to China’s, data from the International Monetary Fund and World Bank shows.

Myth No. 2: India has made little progress in Financial Inclusion since its introduction in 2005.

Prime Minister Narendra Modi government’s Jan Dhan Yojana helped increase financial inclusion by making banking accessible to the poor. The country’s banked population more than doubled from 2011 to reach 80% by 2017, and by 2018, 66% of about 536 million no-frills accounts were Jan Dhan accounts. The biggest boost to financial inclusion in the country has come from various initiatives under Digital India, banking facilities, simplification of procedures relating to financial instruments, etc.

Myth No. 3: In India, we have fewer digitally unbanked people because we have the world's largest smartphone population.

Indeed, the spread of mobile phones to all corners of India offers the opportunity to deliver banking services everywhere including rural areas, improving lives. Digital payments are safer since workers would not have to carry cash, potentially creating savings, leading to wealth creation. As the country switched to biometric smart cards to make payments, we saw a massive surge in account ownership and narrowed the gender gap to six percentage points between men and women.

Myth No. 4: Every person in India who has a bank account also has a banking app enabling digital access to all benefits and features.

Eighty percent of Indians have a bank account. The number has almost doubled since 2011. However, 84% of the accounts have done only a single transaction in the last two years. Many people in rural areas still do not have a smartphone and change numbers frequently to reduce the cost of sim ownership. Their bank accounts have been opened with the help of an Aadhaar to receive government aid, but many do not know how to operate it. Though they receive government aid in their bank account under different schemes, they do not know where to go and how to process the transaction.

Myth No. 5: With the advent of digital financial applications, individuals no longer require a bank account to be financially included.

This is not true. Banking has been a key ingredient for building trust and financial inclusion. It helps the less privileged store their savings safely and provides access to credit, insurance, and other formal wealth creation services. The Government of India has introduced schemes such as Direct Benefit Transfer under the JAM trinity with the intent of forcing the adoption of bank accounts.

Myth No. 6: Due to the unavailability of a debit card under the PMJDY programme, people cannot take advantage of debit card benefits.

Myth No. 7: You will be unable to open a bank account and remain financially excluded without an Aadhaar or Pan Card.

If you are planning to open a bank account, you must first fulfill the KYC or Know Your Customer requirement with the bank without which, you cannot open a bank account. Documents that you need to open a savings account in a bank are your valid photo identification proof like PAN, voter id, passport, driving license, etc.

Myth No. 8: People in rural areas receive subsidies only through cash.

Direct Benefit Transfer (DBT) was built to assist the direct transfer of subsidies and cash benefits to individuals via their Aadhaar-enabled bank accounts. The scheme aims to make payments directly into the Aadhaar linked bank accounts of the end beneficiaries, removing any malpractices from the existing system such as diversions and duplicate payments.

Myth No. 9: Even though I have a mobile phone, I need to go to a bank branch for all my banking needs.

Mobile banking is a service provided by a bank or other financial institution that allows its customers to conduct financial transactions remotely using a mobile device such as a smartphone or tablet. You can continue with your banking activities without a cell phone. Mobile banking reduces the cost of handling transactions by reducing the need for customers to visit a bank branch for non-cash withdrawal and deposit transactions. For transactions involving cash, a customer needs to visit an ATM or bank branch for cash withdrawals or deposits.

Myth No. 10: Unbanked individuals are unable to obtain credit from financial institutions.

Banks have requirements such as minimum income, minimum credit score, age criteria, and minimum years of work experience. A bank will provide a deposit or a loan to an applicant only if he or she meets their underwriting criteria. These economically underprivileged people of the society may also not have proper documents to provide to the banks for verification of identity or income. Financial Institutions with the support of various innovative public policies and new financial technologies are using alternative methods of underwriting these individuals and providing formal credit to them.

(The author is Founder and Managing Director of airpay Payment Services Pvt Ltd.)

Disclaimer: The views and recommendations made above are those of the author and not of MintGenie.

Fintech vs Banks: Who's winning the digital cash war?