Adani group stocks jump up to 8%, have jumped up to 75% this year

Adani group stocks jump up to 8%, have jumped up to 75% this year 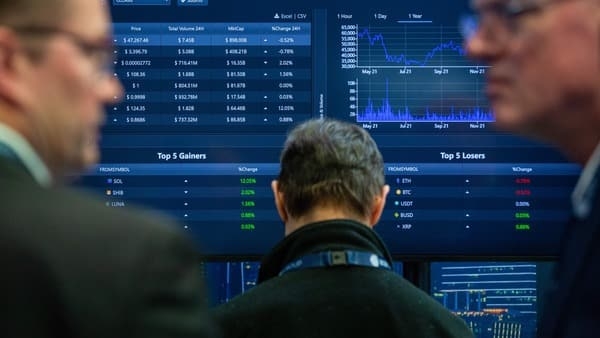 Adani group stocks have been logging strong gains this year so far.

Shares of most Adani Group stocks traded with healthy gains in morning trade on BSE on April 11 with stocks of Adani Green Energy and Adani Enterprises hitting their fresh 52-week highs.

Stocks such as Adani Green Energy, Adani Transmission, Adani Total Gas and Adani Wilmar jumped up to 8 percent in morning trade on BSE.

Stocks such as Adani Enterprises, Adani Ports and Adani Power also traded in the green.

Adani group stocks have been logging strong gains this year so far. As of April 8 closing, shares of Adani Green Energy have surged as much as 75 percent in the year so far while those of Adani Transmission and Adani Total Gas have jumped 47 percent and 41 percent, respectively, this year so far.

Shares of Adani Enterprises and Adani Port have risen 27 percent and 15 percent in the current calendar year so far. Equity benchmark Sensex has climbed 2 percent this year till April 8.

The stock of Adani Wilmar, the joint venture between Adani Group and Wilmar Group of Singapore, has jumped more than 70 percent since its listing in February 2022.

As reported by Mint, experts said that rise in palm oil price is giving margin benefit to Adani Wilmar on its unsold inventory and it will strengthen the balance sheet of the company as prices are expected to remain on the higher side for few more time.