The rally has to a surge in the firm's market cap with its m-cap crossing the ₹50,000-crore mark. Currently, on NSE, its market cap stands at ₹50,201 crore. 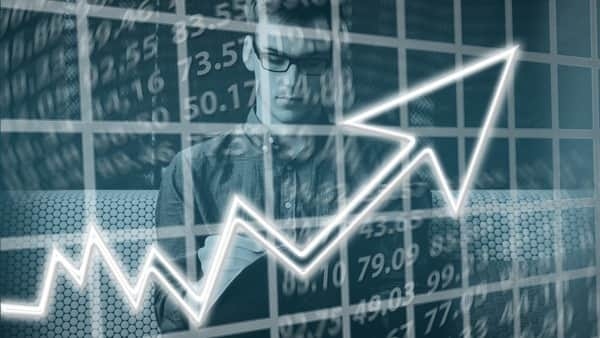 The rally has to a surge in the Adani Wilmar's market cap with its m-cap crossing the ₹50,000-crore mark. Currently, on NSE, its market cap stands at ₹50,201 crore.

Shares of Adani Wilmar hit a new high for the second consecutive on Thursday. Extending gains since its market debut on Tuesday, the stock was locked in its 20 percent upper circuit at ₹386.25 per share on the NSE.

The rally has to a surge in the firm's market cap with its m-cap crossing the ₹50,000-crore mark. Currently, on NSE, its market cap stands at ₹50,201 crore.

The IPO of Adani Wilmar, which was a 50:50 joint venture between the Adani Group and Singapore's Wilmar Group was open for subscription between January 27 and January 31. It was subscribed more than 17 times during this period.

The ₹3,600 crore-IPO had fixed a price band of ₹218-230 per share for the IPO. The firm sells its cooking oils and other food products under the Fortune brand. The firm's product portfolio is spread across three categories, - 1) Edible Oil, 2) Packaged food & FMCG – like wheat flour, rice, pulses, and sugar 3) Industry essentials.

Adani Wilmar is the seventh listed company of Adani Group. The proceeds of the public issue will be used to fund capital expenditure, reduce debt and for acquisitions as the company seeks to become India's biggest food and FMCG company.

Five of the remaining six listed companies of the Adani Group have a market cap of over ₹1 lakh crore with Adani Green leading the pack. It has an m-cap of ₹3 lakh crore followed by Adani Transmission at over ₹2 lakh crore. Meanwhile, Adani Enterprises, Adani Total Gas and Adani Ports have m-caps between ₹1-2 lakh crore. However, Adani Power is the only firm with below ₹50,000-crore market cap. Its m-cap currently stands at ₹47,600 crore.