The government raised bulk diesel prices by ₹25 per litre last week, and aviation fuel prices have risen by 50% since January 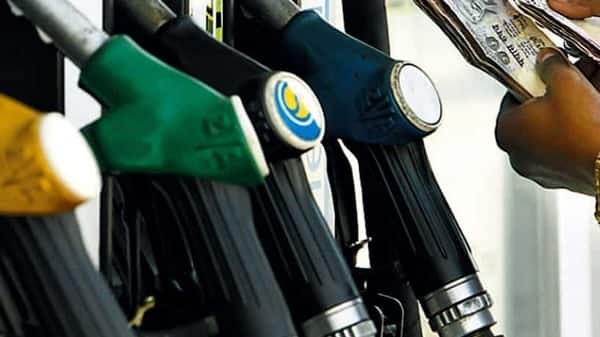 Crude oil prices in international markets have risen above $100 per barrel as a result of Russia's invasion of Ukraine.

This was the first increase in fuel prices since November 2, 2021. Despite volatility in the international crude oil market, the government implemented a series of duty cuts to keep fuel prices stable. Crude oil prices have risen by more than 25% since the last increase in November.

Despite a significant increase in global oil prices since the conflict in Ukraine began last month, and a falling Indian rupee, the latest price increase means consumers will pay less than 1% more at the pump.

On the same day, cooking gas prices were raised as well. Domestic LPG cylinder prices have increased by more than ₹50 in Delhi, Mumbai, and other cities as of Tuesday.

The government raised bulk diesel prices by ₹25 per litre last week, and aviation fuel prices have risen by 50% since January.

Crude oil prices in international markets have risen above $100 per barrel as a result of Russia's invasion of Ukraine. Oil prices reached a high of $140 per barrel due to supply concerns caused by the Ukraine crisis.

International oil prices, which are directly followed by domestic petrol and diesel prices, have been on the rise for the past two months. As per the Petroleum Planning and Analysis Cell (PPAC) of the oil ministry, the basket of crude oil, India buys rose to Rs117.39 per barrel on March 3, the highest since 2012. The average price for the same in early November last year stood at ₹81.5 per barrel when the prices of petrol and diesel were frozen.

Currently, oil accounts for more than a fifth of the country's total imports. The only saving grace is the stable value of the domestic currency against the US dollar, despite global turmoil. The RBI has enough foreign exchange to protect the value of the rupee, though the risk of dollar outflow still exists.

Oil marketing companies required a price hike of up to ₹15.1 Litre to maintain their margins.