After a 25% correction, this Rakesh Jhunjhunwala stock is poised to rise, say brokerages

After a 25% correction, this Rakesh Jhunjhunwala stock is poised to rise, say brokerages

The stock has corrected around 25 percent since listing at around ₹848.80 in December 2021 to currently trade around ₹638 per share. 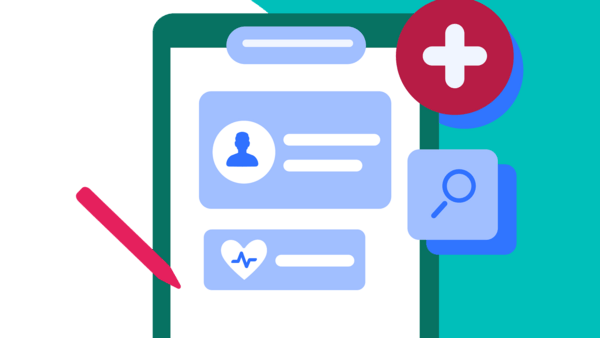 The stock has corrected around 25 percent since listing at around ₹848.80 in December 2021 to currently trade around ₹638 per share.

Rakesh Jhunjhunwala-backed Star Health and Allied Insurance has not been a dream performer as hoped by the investors. The stock has corrected around 25 percent since listing at around ₹848.80 in December 2021 to currently trade around ₹638 per share. It has shed around 30 percent from its issue price of ₹900 per share.

However, now after this steep decline on the back of weak market sentiment amid weak global cues, brokerages expect the stock to gather pace and recover steadily.

Domestic brokerage house Motilal Oswal recently initiated coverage on the stock with a 'buy' call and a target price of ₹750 per share. While the target price is still below the company's IPO price, it indicates around a 20 percent upside in the stock.

Meanwhile, ICICI Securities maintain its bullish stance on the Jhunjhunwala-backed health insurance stock and has given it a target price of ₹806 per share, indicating a 26 percent upside from its current market price.

6 analysts polled by Mintgenie also has a 'strong buy' call on the stock.

Over FY18-21, the firm has increased its market share in Retail Health by 8.3 percent, with its premium CAGR at 31 percent versus the industry CAGR of 18 percent, noted the brokerage.

"It has unmatched distribution strength, with the highest number of agents, a pan-India presence with 786 health insurance branches spanning 25 states and five union territories and has been steadily growing its hospital network tie-ups and now has over 12,000 hospitals under its umbrella," the brokerage said in its report.

ICICI Securities also presented similar reasons for its positive view on the stock.

"Star Health Insurance (STAR) is the leading health insurance player in India with 14 percent/32 percent market share in total/retail health insurance segment as of 10MFY22. A strong network of 0.53 million agents, more than 12,000 hospitals and 737 branches as of 9MFY22 makes STAR a dominant franchise in Indian health insurance with significant entry barriers," it stated.

ICICI Securities further noted that while business sensitivity to loss ratios will be high (as seen in FY21/FY22) for the health insurer, the retail focus and growth expectations in new business should help maintain high profit and help STAR to maintain 12/17 percent RoE over in FY23/24E.

The stock has fallen the most amongst peers, down 19 percent in 2022 YTD, while SBI Life has lost 7 percent, HDFC Life tanked 18 percent, ICICI Prudential shed 13 percent and ICICI Lombard fell 10 percent in the same period.

The initial public offering (IPO) of Star Health and Allied Insurance Company was open for subscription between November 30 and December 2, 2021, at a price band of ₹870-900 per share.

Commenting on the health insurance sector, MOSL stated that it is poised to see a CAGR of 18 percent over FY21–25. The stark under penetration of the market would be the primary growth driver, it added. Currently, only 3.5 percent of the population is covered under retail health insurance plans. With government and corporate schemes, the coverage increases to 37 percent of the population, noted the brokerage.

Furthermore, the COVID-19 pandemic created a pull for health insurance demand, reflected in a 29 percent growth in retail health insurance premiums in FY21. Growth was driven by 1) a surge in the number of individuals subscribing for health insurance; 2) an increase in the sum assured by existing customers; and 3) price hikes implemented by companies in the past fiscal, it added.

It sees Star Health well placed to be one of the biggest beneficiaries of the same.

We explain here how to choose a right Health Insurance Policy