Ahead of the trend: Top EV-related stocks you can invest in India

Ahead of the trend: Top EV-related stocks you can invest in India

Let's look at some EV-related firms that are likely to benefit from this trend in the future. 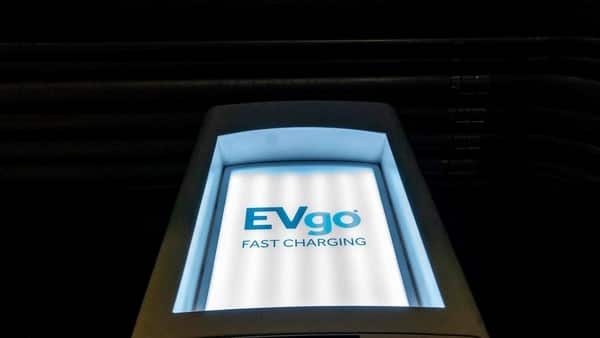 An EVgo fast charging station for electric vehicles is seen in Union Station in Washington, DC, on February 9, 2022. (Photo by Stefani Reynolds / AFP)

With more companies focussing on decreasing the carbon footprint on the earth and going green, electric vehicles (EVs) will soon be more and more in focus. However, in comparison to developed nations, the innovation, manufacture and distribution of electric vehicles is in a very budding stage in India. Thus making it an attractive opportunity for investors who want to invest in the future of the automobile industry.

In Budget 2022, the government made amply clear that EVs are going to be the future of mobility in India in the next decade.

Currently, the automobile industry contributes around 7.5 percent to India’s GDP and a whopping 49 percent to manufacturing GDP. This implies that as the EV industry grows and gains popularity, multiple auto ancillaries and related sectors will also experience growth, provided they can keep up with the trends.

The annual sales of electric two-wheelers have seen 5 times growth FY22, however, EV penetration in the country is still pretty low at 0.8 percent. According to recent research by Accelerated e-Mobility Revolution for India’s Transportation (e-amrit) portal in India, 7,96,000 Electric vehicles have been registered till December 2021, while only 1,800 charging stations have been installed in public places.

The government of India is targeting 30 percent of overall vehicles to be electric by 2030. As part of the Paris climate agreement in 2015, India is committed to reducing greenhouse gas emissions intensity by 33-35 percent by 2030 versus levels in 2005. Electric vehicles seem to be the way to go since they mitigate the adverse impacts of automobiles like air pollution as well as dependency on oil. In a report, the government noted that the electric vehicle market in India is likely to be valued at $2 billion by 2023.

A number of firms abroad like Tesla have already started production of electric vehicles and over 18 million EVs are likely to hit the road in the next decade.

Let's look at some EV-related firms that are likely to benefit from this trend in the future:

Tata Group: Tata Motors currently has a 90 percent market share in the electric vehicle sector as Tata Nexon is the highest-selling electric car in India. Its sales have risen over six times in the last 1 year to 2,361 in December 2021 from 372, a year ago. It is now expecting 50,000 annual sales by FY23.

Apart from Tata Motors, Tata Elxsi and Tata Power will also be positively impacted by the EV trend. Tata Elxsi is engaged in the development and release of automobile software and as EVs will be mostly software-controlled and not rely on a gearbox, the firm can use this to develop such technology and lead among peers.

Meanwhile, Tata Power can prove quite useful in the charging segment of EVs. Tata Power is developing the charging infrastructure to sustain the incoming EV movement. The company is engaged in erecting public structures for recharging fleets and public transport, as well as developing retail options to allow personal vehicles to be recharged with residential power lines.

Bajaj Auto: The auto major has invested ₹300 crore in an electric vehicle plant in Pune. Bajaj Auto claims that this plant will have a production capacity of 500,000 electric vehicles per year by June 2022. The first EV from the new plant will be rolled out in June 2022, the company further said.

Mahindra and Mahindra: The firm has India’s largest EV portfolio. It offers both private and public transit options. The product line has the eVerito & e20 Plus for private transit and eSupro, eAlfa Mini, Treo & Treo Zor in the public transit segment.

Amara Raja Batteries: The firm is the largest producer of automotive batteries in India which gives it a lead in making batteries for electric vehicles. Since EVs run on batteries instead of fuel, it could give the perfect opportunity for the company to benefit from this upcoming trend.

TVS Motor Company: The company is one of the first to venture into the 2-wheeler segment. It currently sells the iQube Electric scooter which has a 4 percent market share in EV scooters. It has sold over 5,000 units of iQube in 2021. The firm is also investing ₹1,000 crore in the EV business.