As crude oil kisses $100 a barrel, Indian rupee to stay under pressure

As crude oil kisses $100 a barrel, Indian rupee to stay under pressure

The rupee has been underperforming for some time. Early this month, RBI’s forex reserves fell by $4.53 billion in a week, the worst weekly drop in one year 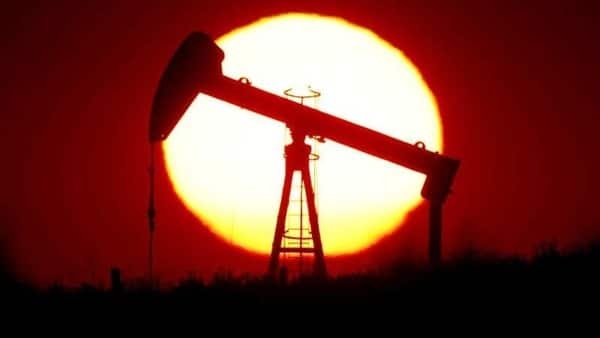 One Reuters report projected the oil prices to shoot to $125 a barrel this year. Photo: Reuters.

As Russia invaded Ukraine, both Brent and crude oil crossed $100 per barrel mark on Thursday morning, putting Indian rupee — which now hovers around 75 against US dollar — under intense pressure.

On Friday, the Indian rupee opened strongly at 75.31 against dollar and moved higher to 75.28, posting a gain of 32 paise. The rupee had fallen 99 paise on Thursday to close at 75.60 against the US dollar after Russia launched military action against Ukraine.

The rupee has been under pressure for some time, especially since early this month when RBI’s forex reserves fell by $4.53 billion in just one week, the worst weekly drop in a year.

Market analysts have been making predictions that the crude oil price of $100 could leave the stock and currency markets reeling. Now the stock markets could witness as much as 10 percent decline.

A Reuters report last month had projected the oil prices to shoot to $125 a barrel this year, and to $150 next year.

Another report co-authored by Prabhudas Lilladher also echoed the same sentiments as it observed that the rising crude prices — along with inflation & geopolitical uncertainty and Federal Reserve’s hawkish stance — could raise inflation and pressure currency.

However, the oil price hike in the international markets is not reflected in domestic markets, as of now, seemingly on account of the ongoing assembly elections in five states including Uttar Pradesh and Punjab.

Crude Oil price is nearing 100$ a barrel, Highest since 2014. Russia-Ukraine conflict will likely shoot it up even more.

The magic of elections, no Petrol ⛽️ Diesel price hike in India.

However, it is believed that RBI’s large forex reserves of nearly $630 billion are a saviour of sorts, and India has some head room to deal with the oil price hike.