As inflation soars to a 17-month high, analysts see a rate hike coming in June

As inflation soars to a 17-month high, analysts see a rate hike coming in June 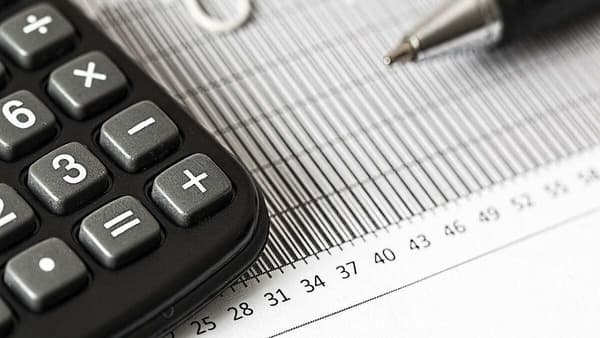 Retail inflation is likely to remain on a higher side during the next few months thanks to the disruption due to the Ukraine war.

India's March retail inflation, as measured by the Consumer Price Index (CPI), jumped to a 17-month high at 6.95 percent, beating market estimates. A Reuters poll had estimated India's retail inflation to a 16-month high of 6.35 percent in March.

Retail inflation is likely to remain on the higher side during the next few months thanks to the disruption due to the Ukraine war. Global brokerage firm CLSA, as reported b CNBC-TV18, expects inflation to come in at 6.8 percent in April. On the other hand, according to BloomberQuint, Barclays' estimates inflation at 7.1 percent in April.

"Inflation is increasing the cost of living of the individual and they may start reducing extra costs which are less important and focus on the basic requirements first. In this case, some of the sectors are in priority which are FMCG, pharma, education, defense, healthcare and consumption stocks. Investors may select good fundamentals stocks out of these sectors," said Rohit Gadia, Founder at CapitalVia Global Research.

Analysts earlier thought the RBI may start hiking rates in August and change its stance in June. However, the fresh inflation data has now raised the chatter on RBI's course of action. Some analysts believe RBI can begin hiking rates from June only.

"With the MPC having signalled an imminent stance change, the rate hike cycle may begin as early as June 2022, if the next CPI inflation print doesn’t significantly cool off from the March 2022 level. We now expect to see 50-75 bps of rate hikes by the end of Q2FY23, followed by a pause in the second half of FY23, and perhaps another 50 bps of hikes in FY24," said Aditi Nayar, Chief Economist, ICRA.

India Ratings and Research (Ind-Ra) pointed out April 2022 monetary policy has sown the seeds firstly liquidity normalisation and thereafter policy stance and policy rates. It expects a 50bp hike in policy rates in FY23 even though the time of rate hike will be data-dependent.

Nikhil Gupta, Chief Economist at Motilal Oswal Financial Services believes weak growth will make it difficult for the RBI to be aggressive in rate hikes even as a repo rate hike is imminent. Although June is a close call, it is almost certain in August, said Gupta.

Upasna Bhardwaj, Senior Economist at Kotak Mahindra Bank, sees a very high probability of a rate hike of 25bps in the June policy along with a stance change.

Brokerage firm Emkay Global pointed out that the RBI reckoned that inflation has again taken precedence over growth in its reaction function. With inflation realities worsening, a June hike is likely (with or without stout and formal stance change), said Emkay. FY23 could see rates go up by 100bps. The terminal rate may be a tad higher than 5.25 percent, with the RBI now showing its intent to keep real rates neutral, Emkay added.

BofA Securities sees a much higher likelihood of the RBI MPC raising the policy repo rate by 25bp in the upcoming June policy alongside turning neutral.