As IT stocks are reeling under pressure, we delve deeper into the sector's future prospects

As IT stocks are reeling under pressure, we delve deeper into the sector's future prospects

Analysts point out that the IT sector has disappointed going by the results declared so far even going by the scaled down expectations. Seasonally, March quarter is a weak quarter for IT companies. 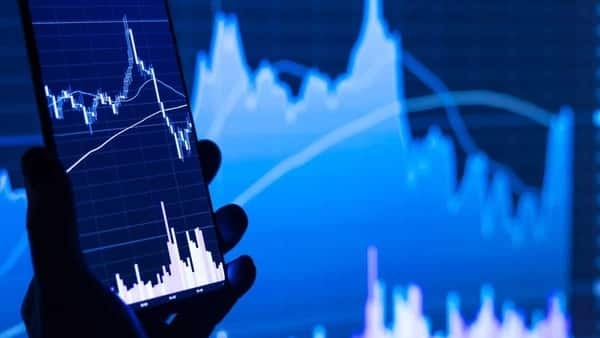 There are several factors that are weighing on the IT stocks such as geopolitical issues which can dent the demand scenario and drag the margin lower. (Source: Unsplash)

IT stocks have been under pressure of late amid concerns over the margin and demand outlook which can be impacted due to the ongoing geopolitical issues.

The Nifty IT index is down 15 percent in the current calendar year so far while the equity benchmark Nifty50 is down only one percent. Stocks such as Tech Mahindra and Infosys have fallen 25 percent and 14 percent in the year so far.

Of late, IT stocks have seen a strong selloff. Analysts point out that the IT sector has disappointed going by the results declared so far even going by the scaled-down expectations. Seasonally, the March quarter is a weak quarter for IT companies.

However, fundamentally, the service business remains robust due to strong large deal competencies, solid digital capabilities and a portfolio that is aligned to growth areas with little legacy drag.

Why is Nifty IT underperforming?

There are several factors that are weighing on the IT stocks such as geopolitical issues which can dent the demand scenario and drag the margin lower. They have been at the receiving end of the market as valuations were stretched and as negative risks to global growth emerged.

The ongoing Russia-Ukraine war and wage inflation are likely to keep the margins of Indian IT players subdued. As per brokerage firm Dolat Capital Market, while commentary for most IT companies still remains upbeat with ‘best of the decade growth prospects’, there will be spillover impact of the current geopolitical situation has not been incorporated in the guidance.

Dolat Capital does agree that there is no first-order impact on client and delivery base but the double impact for global corporations both on revenues and costs can not be ignored and is definitely not baked in hyper-optimistic estimates for IT services providers.

Besides, valuation is also a concern for many IT players as the sector has seen strong gains in the last two years.

Sumeet Patel, an analyst at CapitalVia Global Research underscored that the IT industry is seeing wage inflation for the first time in 15 years which has made investors a little apprehensive about the profit growth expectations.

Santosh Meena, Head of Research, Swastika Investmart pointed out Nifty IT is underperforming Nifty50 due to supply-side pressures, the possibility of reduction in demand due to macro headwinds in the western nations, and overstretched valuations.

Indian IT sector is trading at 28 times one-year forward P/E versus the past 10-year P/E of 18times, thus leaving a little room for potential upside in the short to medium term.

Meena added that both TCS and Infosys results had a common theme- attrition remains at an all-time high, competitive intensity is increasing and companies are losing their pricing power, wage hikes, a gradual return to the office, and an increase in discretionary spending will put pressure on EBIT margins, however, the deal pipeline remains robust.

There is a consensus among IT companies that the clients are willing to spend for digitization regardless of their financial conditions and industry position. But this phenomenon might change due to inflationary headwinds and weak global economic cues, which will affect the client’s ability to pay, thus reducing their discretionary spending towards digitisation, said Meena, adding that the global interest rates are rising, therefore the money is moving from growth stocks to value stocks.

Meena believes that the IT sector will underperform in the short to medium term, however, the importance of digitisation in the long term, the ability to scale using IT, and the rising importance of cloud migration cannot be ignored.

"We believe that despite short and medium-term hiccups, Indian IT companies will perform well in the long term," said Meena.

Jyoti Roy, DVP- Equity Strategist, Angel One, expects the sector to remain under pressure in the short term.

However, he believes that it is still very early days in terms of the results season with most of the other large and mid-cap IT companies yet to announce their results.

"Though we remain positive on the IT sector from a long-term perspective, we believe that investors will need to be selective and adopt a bottom-up approach in the sector given that multiples are a decadal high and any disappointment in earnings will not be taken kindly by the markets," said Roy.

Deepak Jasani, Head of Retail Research, HDFC Securities expects IT spending to continue to be discretionary-led in CY22, however, the crisis created by the Russia-Ukraine conflict in Europe creates a risk to discretionary spending in some parts of the globe.

"Attrition which has been a big pain point will reduce going forward given strong supply addition by the industry and interventions made by employers, including compensation revision, promotions and more focus on employee engagement," said Jasani.

On the other hand, global financial services firm Macquarie is positive about Indian IT firms and believes accelerating digital transformation will create a multi-year demand for the IT services providers.

Macquarie underscored a generational shift in consumer behaviour has happened in the past 24 months, and firms are accelerating their digital efforts to survive.

The US is struggling to fill job openings across the economy, and with work from home being the norm, visa issues are no longer an overhang on the sector. These were factors that weighed on valuations over a large part of the last five years, said the brokerage firm.

"All these factors and earnings surprises depressed multiples. We are convinced of a structural uptick, and our revenue estimates are materially above the consensus which seems to view FY22 as just pent-up demand. Our pecking order for investors with a three-year horizon is HCL Tech->TCS->Infosys->Wipro->Tech Mahindra," said Macquarie.

Dolat Capital has maintained its positive view of the sector from a relative performance basis given the lower commodity inflation impact.

"We remain positive on the IT sector but remain selective in our approach within the sector and would assign an 'overweight' stance on select names such as HCL Tech, Mphasis, LTI and would suggest 'equalweight' on Infosys and 'underweight' on rest of the names," said Dolat Capital.

On the technical front, Nifty IT is negative in the short term as it is following a head and shoulder pattern on daily charts. As per Patel of CapitalVia Global Research, below 32,500, heavy selling can be seen in the index. "In the medium-term, we can expect some bullish movement as all IT stocks are discounted 15-20 percent, major players like TCS and HCL Tech are on daily support," said Patel.