Auto sector underperforms Nifty in last 10 years, 5 years, 3 years and 1 year; What should investors do?

Auto sector underperforms Nifty in last 10 years, 5 years, 3 years and 1 year; What should investors do?

However, among the stocks, only 4 stocks in the Nifty Auto index have given lower returns than the benchmark in the last 10 years. 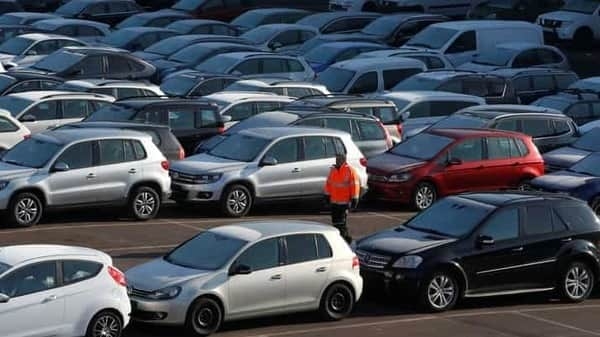 However, among the stocks, only 4 stocks in the Nifty Auto index have given lower returns than the benchmark in

Investing is about long-term goals. There are many thoughts and schools that claim a certain process works above others. One such process is ‘buy and forget’.

The idea is that in the long-term stocks will give you stupendous results but only if you remain invested. Although, this idea has its own merits and definitely is successful, the example MintGenie brings today shows the importance of tracking your investments regularly. As they say, falling asleep at the wheel can be dangerous!

The auto sector has underperformed the Nifty for the last 10 years. The Nifty Auto index has risen around 9.5 percent in the last 10 years as against a 12.5 percent rise in the benchmark Nifty50, a report by HDFC Securities stated.

However, it must be noted that only 4 stocks in the Nifty Auto index have given lower returns than the benchmark in this period while the others have outperformed the markets in this period, the report added.

Hero Moto has been flat, up only 0.2 percent in the last 10 years. Meanwhile, Tata Motors has added 3.2 percent, Bajaj Auto has risen 8.3 percent and M&M has advanced 10 percent in this time, underperforming the benchmark, noted the brokerage.

Whereas among top gainers in the index, Escorts had surged 35.8 percent in the last 10 years, becoming the top gainer followed by TVS Motor jumping 32.2 percent. Eicher Motors has also climbed 28 percent, Maruti has gained 19 percent, and Ashok Leyland 15 percent in this time.

Meanwhile, according to the brokerage, in the last one year, three years as well as five years, the sector has done poorly with respect to the benchmark.

"While the auto index has underperformed the market for each time period – one year, three years, five years and 10 years – its underperformance in the five-year period is starker than in the remaining periods," said HDFC Sec.

In the note, the brokerage stated that after achieving its peak in FY19, the domestic auto industry has seen two years of decline up to FY21, before recovering slightly in FY22, over a very low base.

The two-year industry decline has been led by multiple headwinds, which include sharp price hikes over the last few years due to regulatory transition for insurance, safety, and emissions, COVID impact, sharp input cost pressure, and massive supply chain disruptions (chip shortage) that were triggered post the COVID wave.

By the end of Q3FY22, most industry experts including domestic OEMs were hoping for a much better FY23 as the economy was opening up and the ebbing of COVID concerns had made one hopeful of much-improved replacement demand, going forward. However, Q4FY22 has not shaped up as was anticipated, noted HDFC Securities.

The brokerage expects the industry to face further incremental headwinds, at least for H1FY23, if not more.

It added that passenger vehicles (PV) and commercial vehicles (CV) sectors have rebounded in FY22 on a low base, while the two-wheelers (2W) sector posted a third year of double-digit decline. It expects auto demand (across segments) to revive, led by a pick-up in economic growth and an expected rural revival. It also sees the current geopolitical conflict driving higher costs in the near term. Given the sharp sector underperformance and expectation of a volume rebound, the brokerage believes the risk-reward would turn favourable for the sector.

Its sector preference is 2Ws > PVs > CVs, largely based on valuation comfort. Hero MotoCorp, TVS, and M&M are our top picks amongst OEMs and Ashok Leyland is its top sell.