Axis Bank shares fall 7% after a profitable Q4; What weighs on the stock?

Axis Bank shares fall 7% after a profitable Q4; What weighs on the stock? 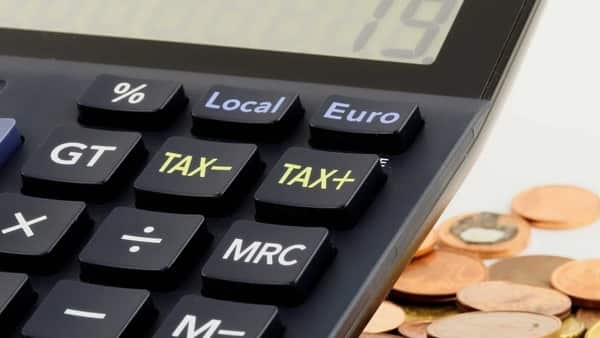 At first glance, it appears investors are not impressed with the better-than-expected March quarter earnings of Axis Bank as the stock has been trading under pressure a day after the company declared its March quarter scorecard.

Shares of Axis Bank fell more than 7 percent in intraday trade on April 29. The bank on April 28 reported a 54 percent year-on-year (YoY) and 14 percent quarter-on-quarter (QoQ) increase in its Q4FY22 net profit to ₹4,118 crore supported by higher income and lower provisions. The bank’s total provisions and contingencies stood at ₹984.12 crore, down 55 percent YoY.

The lender's net interest income (NII), which is the difference between interest earned and interest expended, increased 17 percent YoY to ₹8,819 crore and its net interest margin (NIM), a key measure of profitability, stood at 3.49 percent, down 4 basis points (bps) QoQ.

While the Q4 numbers of the bank were good, the subdued core earnings growth seems to have made investors cautious.

Brokerage firm Emkay Global, which has a 'buy' call on the stock with a target price of ₹1,020, pointed out despite retail-driven healthy credit growth at 15 percent YoY, Axis Bank continued to report subdued core earnings growth at 9 percent YoY, mainly led by subdued margins and higher opex, including a one-time expense related to the Citi portfolio acquisition and business/collection-related spends.

Emkay added that Axis has taken back earlier exit cost/asset guidance of 2 percent in Q4FY23 (nearly 2 percent in FY22), as it may look at accelerated investments in the near-to-medium term, and thus may hurt core earnings.

"The bank’s recent opex conundrum (risk of upward revision in cost/asset guidance for FY23) and the potential impact on core profitability in the near term will impact the stock’s performance," Emkay said.

"We expect the bank to report opex/assets of 2.2 percent over FY23-24E. Accordingly, we have cut our earnings estimates. Although the bank has suspended its opex/asset guidance for now, it remains committed to achieving 16-16.5 percent ROE in the medium to long term. Compared to HDFC Bank and ICICI Bank, Axis Bank is expected to report lower ROA/ROE," Nirmal Bang said.

The brokerage firm has reduced its target multiple on the stock but has maintained a 'buy' call with a target price of ₹983.

JM Financial, which has maintained a 'buy' call on the stock with a target price of ₹985, also pointed out Axis Bank’s RoA/earnings recovery has been a tad slow even as it acknowledged some of the longer-term measures with respect to risk, liability franchise and customer franchise enhancement.

"We believe portfolio rebalancing and improvement in liability franchise should gradually see an uptick in NIMs and bridge the gap with large private sector peers. Valuations are undemanding for a potential 1.4 percent/1.5 percent ROA by FY23/FY24E, in our view," said JM Financial.

"Asset quality continues to improve, aided by a decline in slippages and higher recoveries and upgrades. Restructured book moderated further, while a higher provisioning buffer provides comfort. We expect slippages to remain in control, enabling a sustained improvement in credit costs, though improvement in margin and cost ratios would be key to watch for. We expect Axis Bank to deliver an FY24 RoA/RoE of 1.6 percent/15.7 percent," said Motilal Oswal.

Motilal Oswal has a 'buy' call on the stock with a target price of ₹930.

An average of 43 analysts polled by MintGenie have a ‘strong buy’ call on the stock.