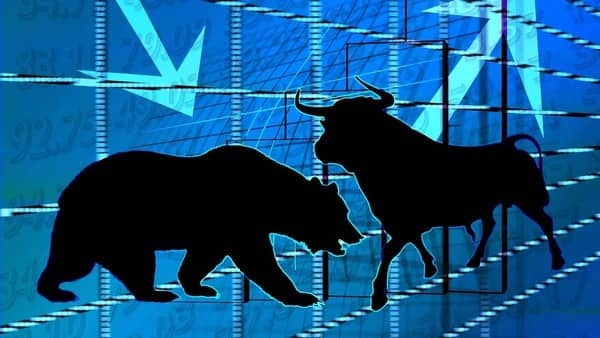 Indian indices are likely to open higher on Friday following some mixed gains in global peers even as the Russia-Ukraine crisis continued to be in focus. At 8:30 am, the SGX Nifty was trading 90 points or 0.5 percent higher at 16,510, indicating a positive start for the Indian markets.

Indian indices tanked over 4.5 percent on Thursday, their worst single-day loss since May 2020, following losses in global peers as Russia moved to invade Ukraine. The Sensex fell 2,702 points to end at 54,529 while the Nifty50 lost down 815.3 points to settle at 16,248.

Asia-Pacific shares rose on Friday as investors assessed the Russia-Ukraine conflict following a massive comeback on Wall Street overnight. Japan’s Nikkei 225 was up 1.05 percent, while the Topix gained 0.33 percent. The S&P/ASX 200 in Australia advanced 0.4 percent.

Oil prices soared nearly $2 per barrel in early trade on Friday as Russia's invasion of Ukraine continued to inflame global supply concerns as markets brace for the impact of trade sanctions on major crude exporter Russia. Global benchmark Brent crude rose $1.99, or 2 percent, to $101.07 a barrel around 0155 GMT on Friday. U.S. West Texas Intermediate (WTI) crude CLc1 climbed $1.89, or 2 percent to $94.70 a barrel.

Gold prices rose on Friday, steadying after a volatile session, as investors reassessed the situation surrounding Russia's invasion of Ukraine and fresh sanctions against Moscow from the West.

President Vladimir Putin "must and will fail," top European Union leaders said on Friday as they agreed to new sanctions over his invasion of Ukraine, saying he was trying to bring the continent back to the age of empires and confrontations. Russia launched its invasion by land, air and sea on Thursday following a declaration of war by Putin. An estimated 100,000 people fled as explosions and gunfire rocked major cities. Dozens have been reported killed.

Global bond yields drop as the Russia-Ukraine conflict puts the US Fed in a tight spot. Bond yields across geographies dropped on Thursday on expectations that the geopolitical risks stemming from the conflict between Russia and Ukraine would prevent the US Federal Reserve from aggressively hiking rates.