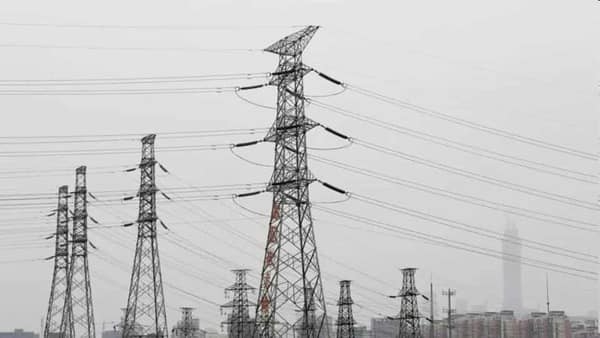 Powergrid's capitalisation is expected to be at ₹2700 crore (down 69 percent YoY on a high base), said HDFC Securities.

Power companies are expected to see a healthy upside in their profit after tax (PAT) numbers for the March quarter of the financial year 2021-2022 (Q4FY22) thanks to a low year-on-year (YoY) base and better demand scenario, said brokerage firm HDFC Securities.

In its report on April 12, the brokerage firm said power companies under its coverage are expected to report a strong 30.8 percent YoY earnings growth, owing to better power demand in the latter part of Q4FY22 and overall improved merchant realisations.

"The quarter also witnessed a steep rise in imported coal prices and domestic supply constraints, which led to almost 80 plants operating at low inventory levels. This led to a steep rise in power deficit, eventually resulting in a significant rise in merchant rates in March 2022," the brokerage firm added.

The situation, as per HDFC Sec, is likely to remain grave, going ahead, factoring in the onset of peak summer season in Q1FY23 due to which, the brokerage firm is positive on regulated entities like NTPC and CESC, with the latter trading at a comfortable valuation and is expected to see improved plant load factor (PLF) against strong power demand.

Among the major power sector players, NTPC's generation is expected to remain flat at 77.3bus (down 0.4 percent YoY), as demand was impacted by peak winter and arrival of the third Covid wave. However, a rise in fuel cost is expected to increase realisation, which would boost the topline by 10.2 percent YoY and PAT is expected to rise 4.9 percent YoY, said HDFC Securities.

Powergrid's capitalisation is expected to be at ₹2700 crore (down 69 percent YoY on a high base), said HDFC Securities.

For CESC, HDFC Securities believes standalone revenue could decrease marginally by 1.9 percent YoY to ₹1660 crore due to nearly 5 percent fall in power demand, given partial lockdowns during the third Covid wave and onset of peak winter. HDFC expects PAT to decline slightly by 2.2 percent YoY to ₹260 crore.

Disclaimer: The views and recommendations made above are those of the broking firm and not of MintGenie.