MOSL has added IndusInd Bank, HDFC Life and Bank of Baroda to the model portfolio as valuations look attractive in the context of potential earnings recovery. 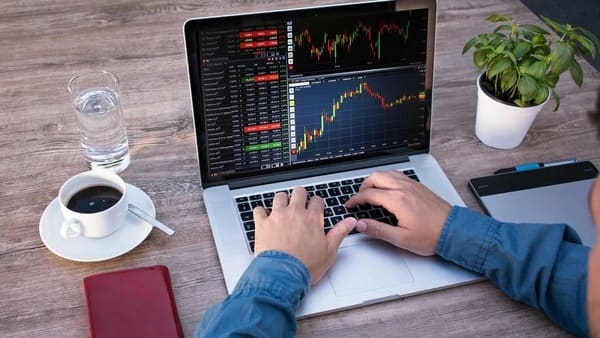 MOSL has added IndusInd Bank, HDFC Life and Bank of Baroda to the model portfolio as valuations look attractive in the context of potential earnings recovery.

The Banking, Financial Services, and Insurance sector (BFSI) has outperformed benchmark indices in 2022 till date led by improving earnings growth, asset quality, and revival in loan growth. The Nifty Bank index has risen 6 percent against a flat Nifty (down 0.1 percent) in 2022 YTD. Meanwhile, Nifty Finance has also added 2 percent in this time while Nifty PSU Bank has surged 12 percent.

"The December quarter earnings season started in the shadow of Omnicron wave, however, the growth momentum remained unscathed and banks overall reported strong momentum in earnings," Motilal Oswal stated in a report

It added that the brokerage has realigned its financial model portfolio to ride the ongoing earnings wave. It remains 'overweight' on ICICI Bank, Axis Bank, and SBI among major banks but had marginally moderated its weights for Muthoot Finance and ICICI Securities. It further reduced its underweight stance on HDFC Bank as the stock has underperformed significantly and earnings traction is likely to improve over FY23.

Meanwhile, it remains underweight on most NBFCs while within insurance space SBI Life remains it's top overweight. It has added IndusInd Bank, HDFC Life and Bank of Baroda to the model portfolio as valuations look attractive in the context of potential earnings recovery.

Going ahead, the brokerage stated that it remains constructive on the BFSI sector as we expect loan growth trends to revive further. On the other hand, asset quality has been holding up well, and the outlook remains encouraging, it added.

"We continue to prefer large-cap banks as their valuations appear reasonable given the earnings outlook. They have displayed a better ability to deal with macro uncertainties and have stronger balance sheets," explained MOSL.

As per the brokerage, the growth momentum of most banks has accelerated during the quarter fueled by a sharp pick-up in the corporate portfolio while growth in retail, business banking, while the SME segment also stood healthy. NII growth has also picked up and was supported by steady margins.

It expects the growth momentum to remain healthy as the economic activity recovers while capex cycle also revives over FY23.

"Asset quality trends have also improved and most of the banks reported a decline in their non-performing loans (NPL) ratios. The improvement was led by controlled slippages and healthy recovery and upgrades as banks continue to lay their efforts on collections. We expect credit costs to remain in control as most of the banks are carrying adequate provisioning buffer," noted the brokerage.

It also said that the asset quality outlook for public sector banks is improving along with a healthy uptick in operating performance. PSBs are well-placed to deliver a strong rebound in earnings as we estimate FY22E PAT to be 10x of the sum of FY17–21 PAT, while FY22–24E earnings would grow at a healthy 32 percent CAGR, added MOSL. SBI remains among its top pick while it added BoB to its model portfolio.

Among banks, MOSL maintains an overweight stance on ICICI Bank, SBI and Axis Bank as the valuations remain attractive, while return ratios will improve further driving continued re-rating. It also reduces its underweight stance on HDFC Bank as the stock looks attractive and it expects NIMs and loan growth to gain traction in the coming quarters. On Kotak Bank, it remains underweight.

For NBFCs, it sees the demand continuing to improve notably across product segments – Mortgages, Vehicle Finance, SME, Personal Loans and B2C Consumer Finance. MOSL expects the fourth quarter to be strong for the NBFC lenders driven by strength in disbursements as well as improvement in asset quality.

Among NBFCs, it retains an underweight view on HDFC and Bajaj Group as both these otherwise strong franchises will lag in preference in comparison to banks and will thus continue to underperform.

However, it remains moderately overweight on Shriram Transport. It is equal-weight on Chola Finance as valuations adequately capture the operational performance. Moreover, it is overweight on Muthoot Finance for the relative safety it offers in these uncertain times.

Finally, among non-lending financials, it is overweight on Angel One given the strength in industry dynamics and better-than-estimated December quarter earnings. Conversely, it reduced its overweight stance on ICICI Securities as retail brokerage revenue remains muted. Among others, it is overweight on IIFL Wealth and SBI Cards.