Bitcoin prices trade flat while staying above $46,000. In past one month, world’s top crypto token saw a rise of nearly 18 percent 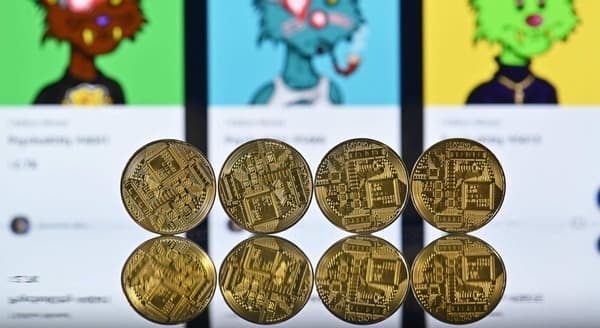 Cryptocurrency prices rose marginally on Tuesday, giving a further boost to an upward trajectory followed by digital currencies lately. Bitcoin rose nearly 1 percent to trade at $46,680 during Tuesday’s afternoon trade, Ethereum traded 0.44 percent higher at $3,520, Terra was 1.52 percent higher at $116, and ripple (XRP) was 1.65 percent lower at $0.82 per unit, as per CoinDesk data.

Dogecoin prices rose on Tuesday after it was reported that Elon Musk bought 9.2 percent in Twitter.

Meanwhile, Digihost (DGHI) became the first listed crypto miner to offer an option to get dividend payments in bitcoin (BTC) to its shareholders, starting September quarter this year.

The company’s first dividend will be 10 percent of its net income. Shareholders will be given an option to get paid in either bitcoin or cash, the miner said in a statement.

In another news, UK announced its plans to mint its own NFT as it eyes to ‘lead the way’ in cryptocurrency.

UK's chancellor of exchequer Rishi Sunak, Indian origin British politician, has asked the Royal Mint to create and issue the NFT “by the summer,” a government minister said Monday.

Chancellor @RishiSunak has asked @RoyalMintUK to create an NFT to be issued by the summer.

This decision shows the the forward-looking approach we are determined to take towards cryptoassets in the UK. pic.twitter.com/cd0tiailBK

In India, cryptocurrency volumes have declined to new lows as tax on digital assets kicked in on 1 April, reported by Bitcoin.com.