The offer seeks to raise ₹1,400 crore at the upper end of the price band of ₹278-292 apiece. A look at all you need to know about the IPO and what brokerages have to say 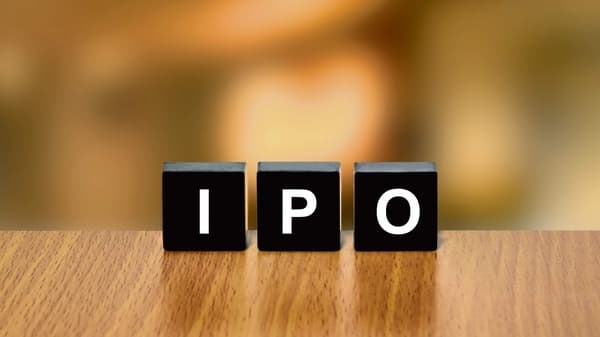 The offer seeks to raise ₹1,400 crore at the upper end of the price band of ₹278-292 apiece. A look at all you need to know about the IPO and what brokerages have to say

The initial public offering (IPO) of Sports and athleisure footwear company Campus Activewear opens today, April 26 and close on April 28. The IPO will be purely an offer for sale of up to 4.79 crore shares by its existing shareholders and promoters. The proceeds won't come to the company but its stakeholders.

The company filed a draft red herring prospectus (DRHP) last year. The allotment of shares will be made on May 4, and the firm plans to list on exchanges on May 9.

Campus Activewear introduced the brand 'Campus' in 2005 and is a lifestyle-oriented sport and athleisure footwear company that offers a diverse product portfolio. The company has a network of over 15,000 multi-brand retail stores, company-owned exclusive outlets and e-commerce portals.

Campus has 28 million units of production capacity across its five plants -- two in Himachal Pradesh's industrial belt of Baddi, one each in Dehradun and Haridwar in Uttarakhand, and Gannaur in Haryana.

Recently the firm announced that its online sales jump to around ₹400 crore, accounting for 37 percent of total sales in the nine months ended December 2021, primarily driven by small-town shoppers.

While online sales were only ₹19 crore in FY19, they rose to ₹50 crore in FY20 and grew three-fold to ₹150 crore in FY21 and soared to around ₹400 crore during the first nine months of FY22. The company added that it expects the share to go up further.

Campus Activewear is the largest sports and athleisure footwear brand in India, both in terms of value/volume in FY21.

While the pandemic impacted FY21, its revenues from operations were ₹711.28 crore in the previous financial year. The company has been growing at a CAGR of 25 percent in the last 10 years. The brand enjoys about 17 percent market share in the branded sports and athleisure footwear industry.

The company's EBITDA margins expanded to 19.4 percent in 9 months of FY22 and is further expected to improve with rising share and premiumization. Robust growth in 9MFY22 would result in RoE/RoCE expansion to 30 percent/22 percent in FY22 annualized basis. Working capital days improved to 67 days in FY21 from 123 days in FY19 resulting in improved cash flows.

As per the brokerage, Campus with leading market share in India’s branded S&A footwear is well placed to capture the highly underpenetrated and fast-growing footwear segment in India.

"On 9MFY22 annualised EV/Sales basis Campus is valued at 8.1x and seems reasonable compared to ~10x for both Bata and Relaxo. Given Campus’ presence in niche S&A segment with pan-India omni-channel presence, along with strong financials, we suggest investors Subscribe to the IPO," it said.

The brokerage said that given Campus’s strong brand image, its omnichannel presence and that the sports & athleisure segment is expected to grow at a 25 percent CAGR till FY25, Campus has a strong runway for growth. Campus also is operationally efficient which is reflected in the fact that it managed to maintain healthy return ratios and EBITDA margins even during the pandemic phase, it noted.

Talking about the risks, the brokerage noted that the company faces near-term headwinds as the prices of its key raw material have risen dramatically. Also, the fact that the cash flow from operations of the company for 9MFY22 is negative, even though there has been an impressive jump in the revenue and profits, is a cause of concern. Lastly, the post-issue P/E of ~78x based on FY22 annualized earnings indicates that the valuations are quite steep, it added.

Considering these factors, the overall volatile market sentiment and the long-term prospects of the company seem positive, only investors with a healthy risk appetite are advised to ‘Subscribe for Long Term.’

The brokerage is optimistic that the company’s plans to further expand and deepen its omnichannel experience, diversification through targeted product development, focus on investments to further integrate its supply chain and continued focus on digitisation to sharpen product focus and drive retail sales will help the company further propel its operational and financial performance.

“Its leading position in this fast-growing sports and athleisure segment provides it with an opportunity to expand its business and benefit from growth in its target segment. We reckon operations in a fast-growing segment, a high and rising market share and strong financials are positives,” said a report from Anand Rathi Research.