As per BSE data, 2 crore shares of the pharma major changed hands in early deals. However, the names of the buyers and sellers were not disclosed. 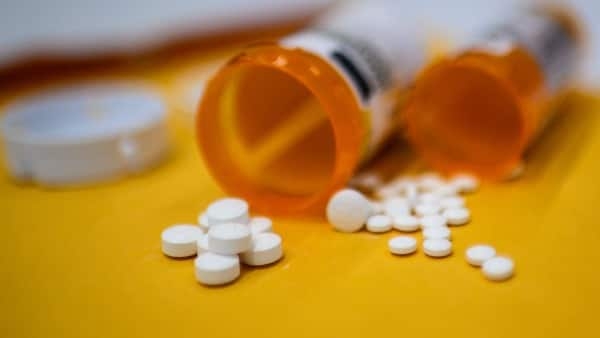 As per BSE data, 2 crore shares of the pharma major changed hands in early deals. However, the names of the buyers and sellers were not disclosed. (Photo by Eric BARADAT / AFP)

Shares of Cipla fell around 5 percent in intra-day deals on Tuesday after a 2.5 percent stake of the company changed hands via a block deal. As per BSE data, 2 crore shares of the pharma major changed hands in early deals. However, the names of the buyers and sellers were not disclosed.

The stock fell as much as 4.7 percent to its day's low of ₹910 per share on the BSE. In the last 1 month, the stock has gained over 3.5 percent versus around an 8 percent fall in benchmark Sensex.

Just in 2022, the stock has lost a little over 2 percent while it has gained 9 percent in the last 1 year.

As per media reports, promoters Yusuf Khwaja Hamied and Mustafa Khwaja Hamied were going to offload 2.5 percent of their stake in the firm at a price range of ₹904.8 - ₹916.7 per share. The 2.5 percent stake sale would have been worth ₹1,850 crore.

Earlier, the reports had mentioned that the promoters would likely sell 1.6 crore shares, or a 2 percent stake in the firm with an option to offload an additional 40 lakh shares or 0.5 percent of the total equity.

As per the December quarter data, Yusuf Khwaja Hamied and Mustafa Khwaja Hamied held 20.43 percent and 4.31 percent equity, respectively in the company. The total stake held by promoters in the pharma company stands at 36.1 percent. After this block deal, their holding comes down to about 33.6 percent.

What is a block deal?

It is basically a single trade where the minimum transaction is for 5 lakh shares or worth ₹10 crore. It happens when 2 parties agree to buy and sell at least these many shares at an agreed-upon price.

"Our EBITDA margins for the quarter came in at 22.7 percent and given the year-to-date traction, we are well placed to close the year in line with our guidance of 22 percent. We continue our efforts to improve patient access for therapies including covid products and ensuring adequate supply across all our markets," Cipla MD and Global CEO Umang Vohra said post the earnings.

Most analysts were bullish on Cipla and retained their ‘buy’ calls after the third quarter on the back of its healthy product pipeline in the US and growth in the domestic market.

Emkay Global recommended ‘buy’ with a target price of ₹1,140, implying an upside of 25.9 percent. It said that Cipla has the best US generics pipeline, coupled with a strong branded business in India and South Africa. Higher Ebitda margin was primarily driven by cost-optimization efforts, which led to lower other expenses (excluding research and development), it added.