Bitcoin (BTC) lost around 11 percent in one week to trade below $39,000 level in global crypto markets 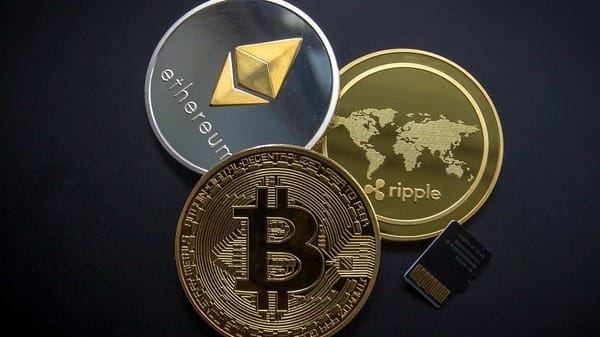 In the wake of global uncertainty after Russia invaded Ukraine on February 24, crypto currency prices have been dancing unceremoniously. They tend to slide steeply for a few days only to rise marginally later, and the process continues. Sample this: Bitcoin prices fell 11 percent in past seven days to hover around $38,863 a unit on Tuesday morning.

However, the prices recouped slightly on Tuesday and the top crypto tokens recovered marginally in the range of 1-2 percent in early trade.

Bitcoin's price (below) has been consistently falling for one week

Bitcoin price has been falling for past one week. (source: CoinMarketCap)

However, as mentioned earlier — the Bitcoin price rose marginally by 1.8 percent on Tuesday, Ethereum by 1.73 percent, Terra by 1.5 percent, Solana by 2 percent and Polkadot by 2.68 percent, according to the Coin Desk data.

Meanwhile, cryptocurrencies continue to gain legitimacy in different parts of the world. Lugano, a city in Switzerland, is the latest city to accept bitcoin and tether as legal tenders, city director Pietro Poretti announced recently.

The city will now allow people to pay for goods and services in crypto tokens.  It is important to note that El Salvador became the first country in September last year when it accepted bitcoin as legal tender. However, the move did not go down well with the patrons of fiat currencies worldwide. International Monetary Fund (IMF), for instance urged El Salvador in January to roll back its decision of declaring bitcoin as its national currency.

At the same time, Ukraine managed to raise $50 million in cryptocurrencies in just one week of fund-raising, tweeted Vice Prime Minister of Ukraine Mykhailo Fedorov.

The Crypto Fund of Ukraine raised $50M in crypto in a week to support #Ukraine 👊🏻 An incredible unity before Putin's encroachment on freedom and democracy. Aiming for $100M this week. We WILL win! 🇺🇦 #StandWithUkraine

Also, the war-torn country now is officially inviting donations in Monero tokens as tweeted on Sunday by Alex Bornyakov, Deputy Minister of Ukrainian Ministry of Digital Transformation for IT Development.

In another news, Indian rupee touched its life time low of 77.01 against US dollar on Monday.