Bitcoin prices rise by 3.63 percent whereas other crypto tokens such as Solana and Avalanche both increased by as much as 11 percent. 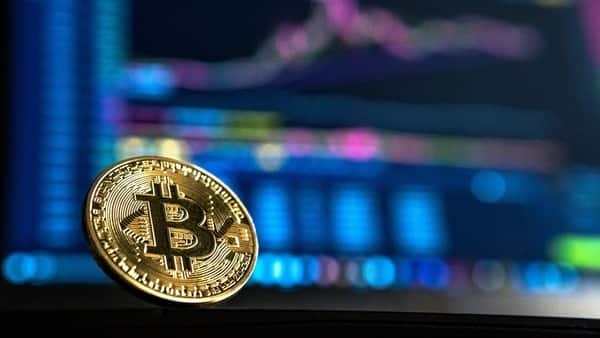 The cryptocurrency market saw some investors near significant support levels after a severe plunge in the previous few days. Traders, on the other hand, are still on pins and needles about the Russia-Ukraine conflict.

In early trade on Tuesday, all of the leading digital tokens were trading higher, headed by NFTs and DeFi tokens. Solana and Avalanche both increased by 11%.

Bitcoin has witnessed a very volatile trend over the past one year - the virtual currency oscillated between a high of $69,000 and a low level of $33,000.

Ether, the world’s second-largest cryptocurrency in terms of market capitalization, which is linked to the ethereum blockchain, also rose over 5.8 percent to $3,015. In rupee terms, Ethereum surged over 3.52 percent to trade at ₹2, 35,605.

Other cryptocurrencies such as Litcoin, XRP, Chainlink, Avalanche, Cardano, Polygon, Stellar, Terra, and Internet Computer were also trading with gains over the last 24 hours.

Investors rushed to buy safe-haven government bonds as US stock markets plummeted on Monday amid rising geopolitical tensions over the Russia-Ukraine border crisis. Russia might invade Ukraine at any time, the US pointed out on Monday. Oil prices have reached new highs for the first time in seven years. On Tuesday, Asian stock markets also fell due to political unrest.

On the other side, making a compelling argument for cryptocurrency prohibition, Reserve Bank of India (RBI) Deputy Governor T Rabi Sankar on Monday said that banning cryptocurrencies is the most advisable choice for India as they are akin to Ponzi schemes and "may even be worse".

"We have examined the arguments proffered by those advocating that cryptocurrencies should be regulated and found that none of them stand up to basic scrutiny," Sankar said.

The remarks are crucial in light of the current discussion over whether or not to prohibit cryptocurrencies. The Deputy Governor outlined various reasons that he believes contribute to the concerns of the federal system about private cryptocurrencies.