Deep Dive: What are the implications for India if it purchases Russian crude? Deep Dive: What are the implications for India if it purchases Russian crude?

Russia is giving discounts of up to $35 per barrel on crude oil prices prior to the Russia-Ukraine conflict. If India increases its crude imports from Russia, it may be able to keep domestic oil prices in check.

Russia, which is facing several sanctions as a result of its invasion of Ukraine, has sought out to India to sell crude oil at a discounted price.

According to Bloomberg, Russia is offering India large discounts on direct oil purchases, as exports to other nations decline due to sanctions implemented, in reaction to Russia's invasion of Ukraine. Russia is willing to offer high-quality oil for up to $35 per barrel, which may grow to $45 per barrel as world prices rise, and wants India to buy 15 million barrels in the initial arrangement.

Since Moscow has been barred from using SWIFT, Russia has also provided rupee-ruble payments using its SPFS financial messaging system, which might make commerce more attractive for India, according to Bloomberg.

The offer comes a day after India's foreign minister, S Jaishankar, defended India's decision to buy discounted Russian oil, which has been criticised by the US and the UK, in meetings with British foreign secretary Liz Truss. Russia sells more to European countries than India, according to Jaishankar, and India welcomes competitive offers to meet rising domestic demand.

"I think it's natural for governments to look for excellent bargains for their people when prices go up," he said, pointing to estimates that European countries bought about 15% more oil from Russia in March than they did in February.

How much oil does Russia produce?

Russia produces over 11 million barrels of crude oil per day. It consumes around half of this output for domestic use, which has probably increased due to rising military fuel needs, and exports 5 million to 6 million barrels per day.

Russia is now the world's second-largest crude oil producer, after only the United States and surpassing Saudi Arabia. Approximately half of Russia's exported oil – roughly 2.5 million barrels per day – is sent to European countries such as Germany, Italy, the Netherlands, Poland, Finland, Lithuania, Greece, Romania, and Bulgaria.

Nearly one-third of it arrives in Europe via the Druzhba Pipeline through Belarus.

China is another large customer, importing 1.6 million barrels of Russian crude oil each day. Half of it comes via a special direct pipeline, the Eastern Siberia Pacific Ocean pipeline, which also serves other clients, including Japan and South Korea, via a port at its endpoint.

How much Russian oil does India import?

Since Russia deployed troops to the Ukraine border last month, international oil prices have been on the rise. They soared when it invaded the eastern European country, fearing that the turmoil in Ukraine, or retaliatory Western sanctions, might hamper Russia's oil and gas supplies.

India buys roughly 80% of its oil from other countries, making it one of the most vulnerable countries in Asia to rising oil costs.

Out of the total 80 percent of oil imports in India, Russia currently accounts for merely less than three percent. 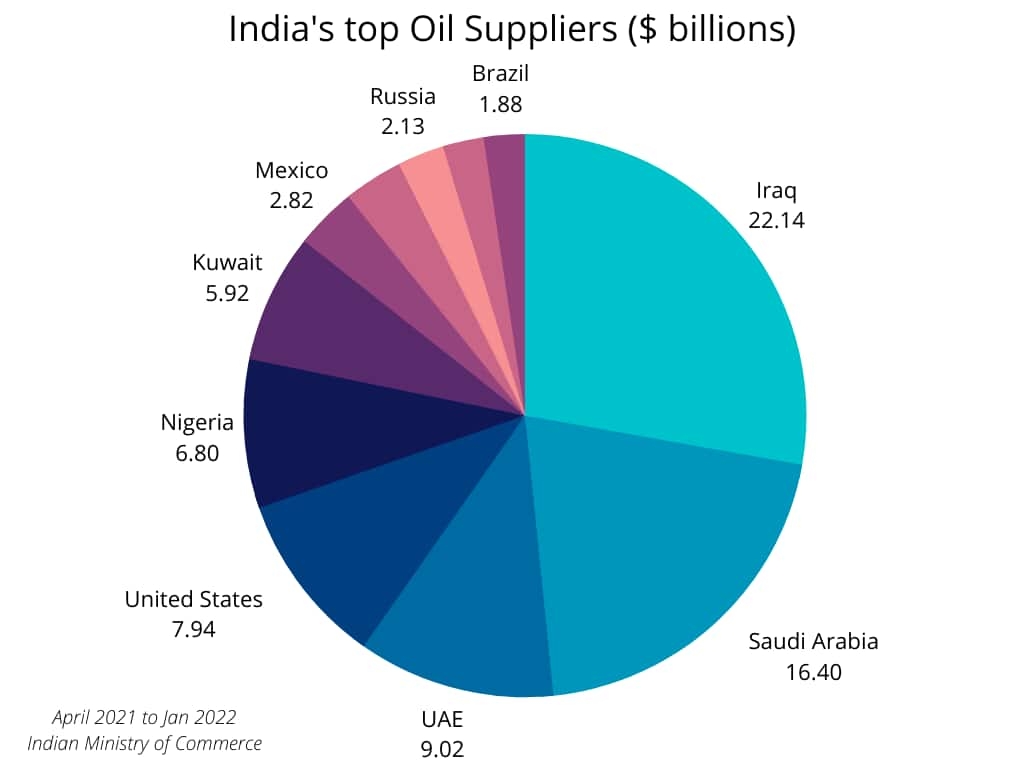 In terms of volume, India purchased only 419,000 tonne of crude oil from Russia in the first ten months of FY22, accounting for only 0.2 percent of total imports of 175.9 million tonne, according to petroleum minister Hardeep Singh Puri said last week.

Historically, India has been purchasing less amount of oil from Russia, mainly due to high transportation costs.

How much would Russian discounted oil help?

Russia is giving discounts of up to $35 per barrel on crude oil prices prior to the Russia-Ukraine conflict. If India increases its crude imports from Russia, it may be able to keep domestic oil prices in check. "When oil prices go up, it's natural for governments to look for excellent deals for their people," External Affairs Minister S Jaishankar said in a meeting with British Foreign Secretary Elizabeth Truss on Thursday.

Offering discounts, Russia also wants India to buy 15 million barrels of oil as an initial deal. According to data compiled by commodities research group Kpler, India did not import any oil from Russia in January and February but March and April contracts have already touched six million barrels for the Urals grade oil.

Any such deal may see the involvement of Russia’s Rosneft PJSC and Indian Oil Corporation.

The offer comes as Russia’s main buyers, European nations, cut down the purchase. China, meanwhile, has been reportedly taking advantage of the situation and importing Russian oil at heavily-discounted rates.

In the Russia-Ukraine war, India has so far taken a neutral stance. It is one of the few countries not to condemn Russia's invasion of Ukraine. India also voted no on a UN Security Council resolution condemning Russia's aggression against Ukraine, which was sponsored by the US.

India's choice to expand crude oil trade and business ties with Russia will have significant diplomatic and economic consequences.

The quality of crude oil which is imported by India from the Persian Gulf is called Indian Basket crude. which is a weighted average of Dubai and Oman (sour) and the Brent Crude (sweet) crude oil prices.

The Indian Basket is a weighted average of daily prices and is updated daily on the website of the Petroleum Planning and Analysis Cell of the Ministry of Petroleum and Natural Gas.

Russia has also offered the payments using Russia’s messaging system SPFS. The deal has not been finalised yet.

SPFS (System for Transfer of Financial Messages) is a Russian equivalent of the SWIFT financial transfer system, developed by the Central Bank of Russia.

Under this mechanism, Indian exporters will be paid in the local currency for their goods to Russia, rather than the normal international currencies of the dollar or euro.

In the current fiscal year, India spent $105.8 billion on crude oil imports from various countries. The rupee-rouble transaction could help India save foreign exchange reserves for other purposes and maintain financial stability.

Russian President Vladimir Putin said on last week, that he has signed a decree saying foreign buyers must pay in roubles for Russian gas from April 1, and contracts would be halted if these payments were not made.

Will the US sanction India

US President Joe Biden will almost certainly make a decision on whether to fully implement CAATSA or offer exemptions for countries such as India. Under this law, the United States is required to impose sanctions on any country that has business with Iran, Russia, or Korea.

India’s membership in the Quad, and the alliance it has with the US, Australia, and Japan could lead the US to take a less harsh stance.

The United States last sanctioned India under the Glenn Amendment in 1998, when the "very dissatisfied" Bill Clinton administration objected to the country's underground nuclear testing in Pokhran.

The United States cut off all aid to India, except humanitarian supplies. This equated to a $142 million loss for India. In addition, the United States has banned the export of defence technologies to India, as well as any American financing and credit guarantees. It was also required to oppose all international funding to India through the World Bank.

President Clinton made the formal announcement after India conducted two additional nuclear tests, only days after firing off three blasts that outraged most of the world.

During that time, India refused to sign the global test ban treaty agreed by the United Nations in 1996, claiming that the treaty favours nations such as the United States, which had previously tested and refined advanced nuclear weapons.

The majority of the sanctions were dropped between 1999 and 2001, and the United States eventually recognised India as a legitimate civilian nuclear state and, by 2008, as a de facto military nuclear power. 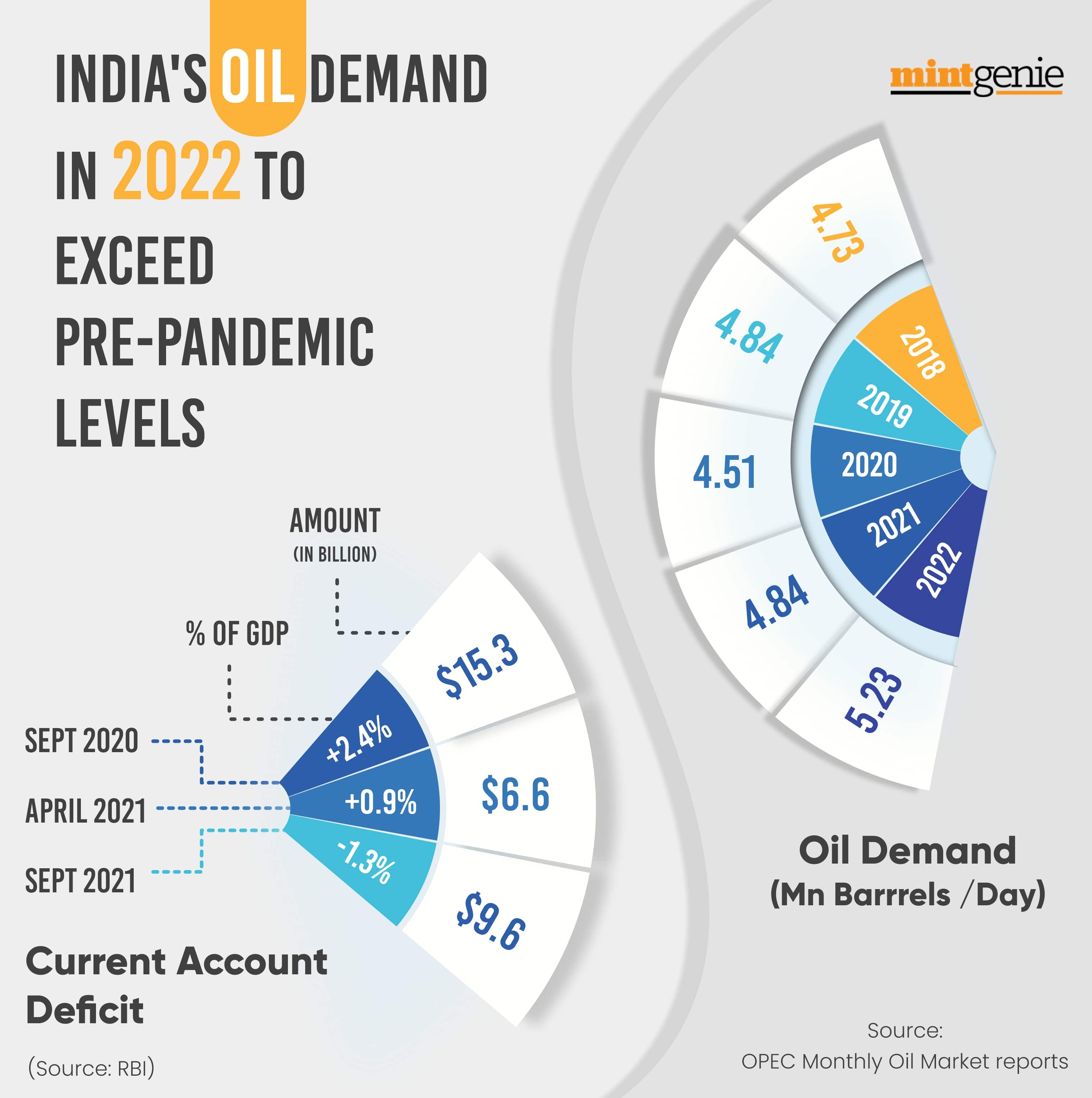