Down 37% since October, these three brokerages have an upside of up to 49% in IndusInd Bank Down 37% since October, these three brokerages have an upside of up to 49% in IndusInd Bank

Like most financial stocks, private sector lender IndusInd Bank entered bear territory in the latest round of correction on the back of weak global cues. The stock has crashed over 37 percent from its 52-week high of ₹1,242, hit in October 2021 to currently trade around ₹900 per share.

The steep decline in the stock started after the lender was hit by a whistleblower complaint in November last year. Media reports said that several people, including a group of senior employees of the IndusInd Bank arm, Bharat Financial Inclusion (BFIL), have alerted the Reserve Bank of India (RBI) and the board of the private sector lender about lapses in governance and accounting norms to allegedly 'evergreen' loans running into thousands of crores since the outbreak of Covid-19.

Evergreening loans is a practice where banks grant new loans to an account to revive previous loans that are on the verge of default. It is generally used as a measure to hide non-performing assets by a bank.

Clarifying the complaints, the lender said that the lender said it disbursed 84,000 loans without customer consent in May owing to a "technical glitch" terming the whistleblower allegations on loan evergreening as "grossly inaccurate and baseless."

"The bank strongly denies the allegations of evergreening. All the loans originated and managed by BFIL, including during the COVID period which saw the first and second waves ravaging the countryside, are fully compliant with the regulatory guidelines," the lender's official statement said.

Since this fiasco, the lender has been consistently declining. The overall weak market sentiment further added to the bank's woes.

However, now that the whole whistleblower episode is in the back mirror, brokerages see the bank rebounding in the near future.

Domestic brokerage house Nirmal Bang, in a recent report, said that it is positive on the lender and has a target price of ₹1,326 per share, indicating around 47 percent upside.

"We remain optimistic about IndusInd Bank’s business outlook. The bank is targeting annual loan growth of 16-18 percent in the medium term. With COVID risks now behind us and given the bank’s domain expertise, its portfolios are positioned strongly for growth as the economic recovery continues," the brokerage said.

Taking cognizance of the Russia-Ukraine conflict and the near-term risks to growth it can pose, Nirmal Bang noted that an increase in fuel prices will be a key monitorable as it may affect the performance of its vehicle portfolio.

From an asset quality standpoint, it expects to see better trends going forward. MFI asset quality, though improving incrementally, may see another quarter of stress before starting to normalize, it added.

Commenting on the alleged ‘evergreening’ issue, the brokerage said that it seems to have been addressed with the external auditor’s findings being in line with the internal probe. It remains positive about the bank’s growth and earnings trajectory and expects a loan CAGR of 14.8 percent over FY22-24E and an EPS CAGR of 32 percent in the same period.

Meanwhile, ICICI Direct has a 3-month target price of ₹1,078 per share for the lender and Morgan Stanley has a 12-month target of ₹1,350 per share, indicating a 49 percent upside. Its CMP is around ₹900 currently. 42 analysts polled by MintGenie also have a 'strong buy' call on the stock.

"The bank’s management remains watchful of higher commodity prices and is optimistic about its growth prospects, steady margin and better asset quality trend going ahead," Morgan Stanley said in its note.

In the last 1 year, the stock has underperformed benchmark indices, down around 10 percent. In comparison, the Nifty is up 16 percent and Nifty Bank has added over 5 percent.

However, the stock has outperformed on a YTD basis. It is up 4 percent in 2022 till date as against a 0.5 percent fall in Nifty and a 2 percent rise in Nifty Bank.

For the December quarter, the company's net profit jumped over 49 percent to ₹1,241.39 crore versus ₹830.39 crore in the year-ago period on the back of a sharp rise in total income. Its total income for the quarter under review came in at ₹9,614.34 crore, up 8 percent YoY from ₹8,887.28 crore in the same period last year. 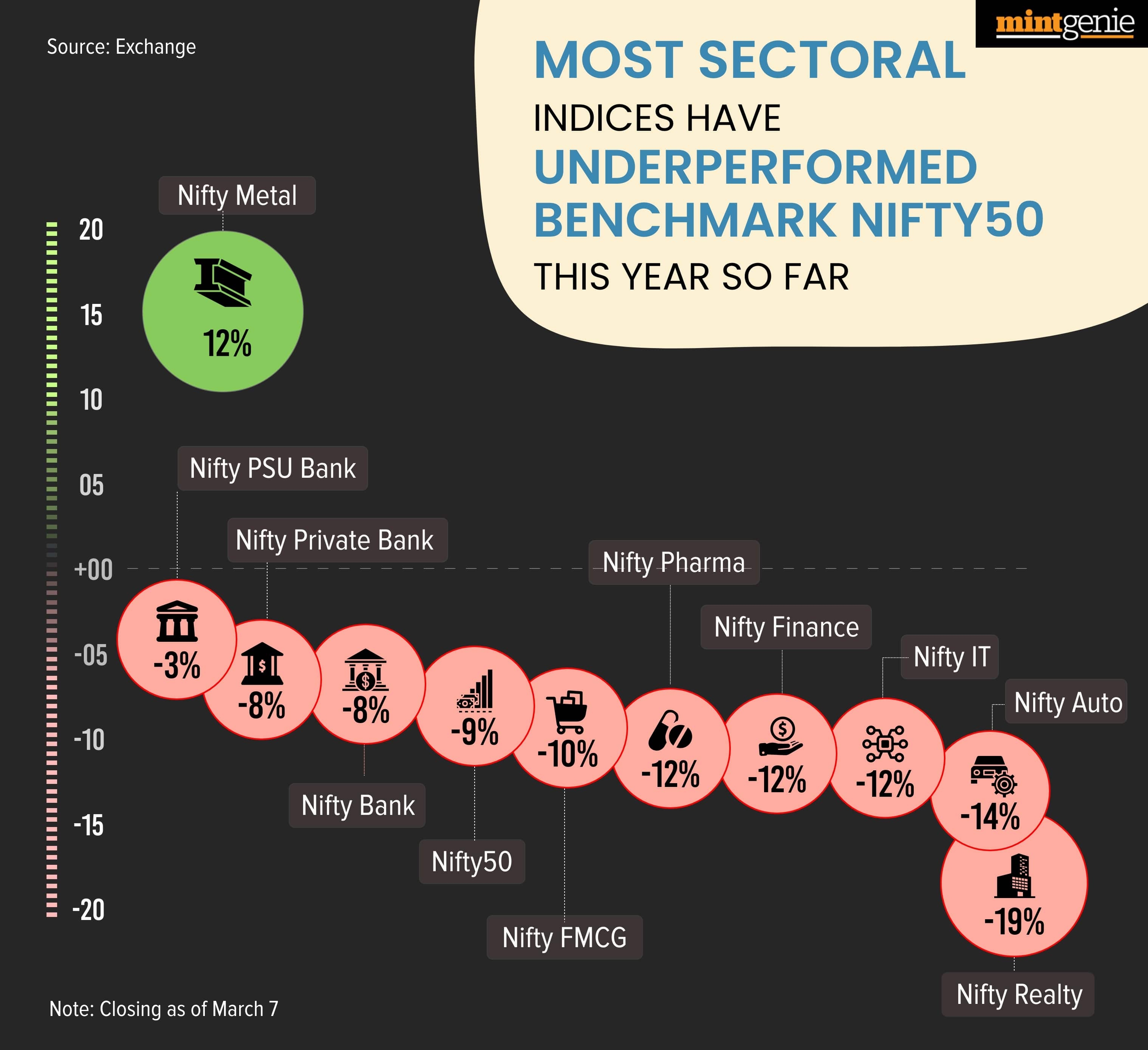