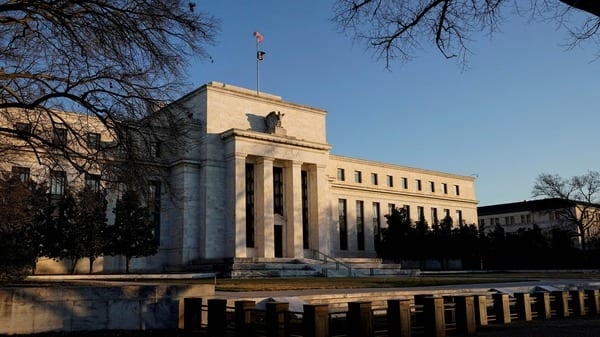 As US Fed is ready for tapering, a process of gradually reducing and eventually stopping the purchase of assets by central banks, the market does not look much worried about it.

In order to contain the soaring inflation, US Federal Reserve wants to embark on sharper interest-rate hikes while shaping market expectations on tightening the monetary cycle, said a Reuters report.

The Reuters report further said big rate hikes will probably be needed at some of the remaining six Fed meetings this year, Cleveland Fed President Loretta Mester said, as noted the ongoing impact of snarled supply chains on prices and echoed Powell's concerns that Russia's Ukraine war will push up on already too-high inflation.

By year-end, Mester said, rates should be about 2.5 percent, and rates need to rise further next year to bring inflation down.

Last week, The US Federal Reserve has hiked interest rates by 0.25 percent for the first time after three years in a bid to control 40-year high inflation in the country. Fed also signaled hikes at all six remaining meetings in 2022 as it believes the US economy is very strong and can handle monetary tightening.

The US inflation had reached a four-decade high of 7.9 percent in February owing to rising food, energy and services costs. A sharp jump in inflation prints had left little scope for the US Fed to keep the rates low.

As US Fed readies for tapering, a process of gradually reducing and eventually stopping the purchase of assets by central banks, the market does not look much worried about it. When a central bank starts tapering, it is reducing the monetary stimulus it is providing to the system and tightening the monetary policy. Fed tapering is deemed negative for the market as it impacts the inflow into emerging markets like India as there is no abundant liquidity in the system.

We explain in detail what is the tapering of bond purchases by US Federal Reserve.