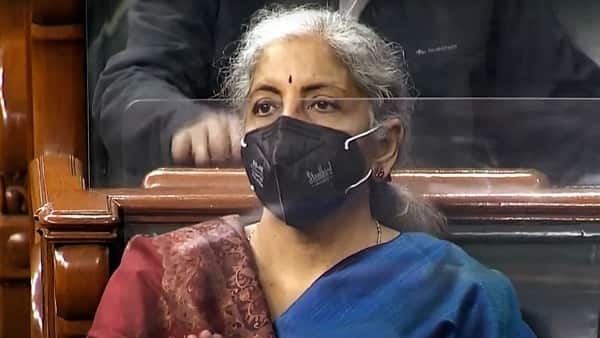 Citing a report by the United Nations Conference on Trade and Development, the FM said that India is still among the top five FDI recipient countries in the world.

Finance minister Nirmala Sitharaman on March 29 said that the sharp rise in oil prices, in the wake of the Russian invasion of Ukraine in February, is a major challenge for economic growth.

As reported by Mint, during a discussion on the Appropriation Bill and the Finance Bill in Rajya Sabha, the FM said unprecedented increases in oil prices are a major challenge and reiterated the government’s stand that fuel taxes are high because it has to pay off the oil bonds floated by the UPA government.

The FM's statement comes at a time retail fuel prices are being increased on a daily basis on the back of high crude prices. Since the Russian invasion of Ukraine in February, oil prices have soared to multi-year highs. India's macroeconomic health is influenced by the crude oil prices significantly and high oil prices raise concerns of an increase in inflation and current account deficit, which may eventually affect economic growth.

Sitharaman further said the government is conscious of balancing the emphasis on growth and economic recovery with the need to fight inflation. Concerns over a slowdown in recovery have come up also because the inflation rate in India has been high of late, above the upper limit of the Reserve Bank of India’s tolerance level of 6 percent in January and February 2022.

Talking about growth under the NDA government, Sitharaman said FDI flow into the country over the past eight years has been $500.5 billion, which is 65 percent more than the amount received in the 10 years of the UPA government, as investors have trusted the economic management of the current regime, Mint reported.

Citing a report by the United Nations Conference on Trade and Development, she added that India is still among the top five FDI recipient countries in the world.

The ongoing Russia-Ukraine war and renewed lockdowns in parts of China due to the resurgence of Covid-19 will drag India's economic growth, said a report from rating agency ICRA.