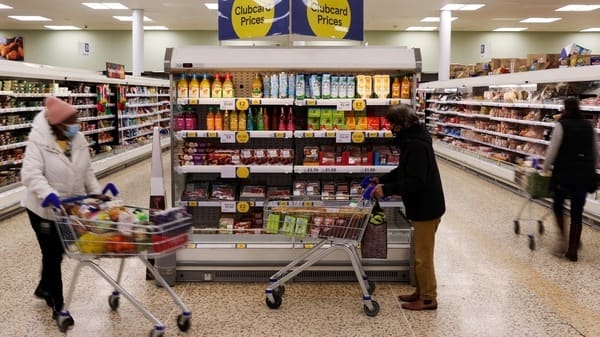 FMCG companies have been under pressure from high commodity price Inflation.

It has been a year since fast-moving consumer goods (FMCG) companies have been under pressure from high commodity price inflation, which has risen further since the Russia-Ukraine war broke out in February.

Companies have been hiking prices across categories but they are also absorbing a large portion of these hikes putting pressure of profit margins.

Marico said that its consolidated revenue growth in the quarter touched high single digits. Volumes were marginally positive on an exceptionally high base of 25%, leading to double-digit volume growth on a two-year CAGR basis.

Company's worldwide business grew by double digits in constant currency on a solid foundation, with all markets performing well. Due to a price increase in edible and crude oil.

Marico implemented gradual price hikes in its line of value-added hair oils and Saffola food oils. As a result, the company anticipates that its gross margin will be comparable to the same quarter last year.

Titan Company stated that it expects revenue to fall by 3% year on year for the March quarter. According to the company's quarterly update, consumer sentiment has been negatively impacted by a rapid spike and volatility in gold prices, as well as worry owing to a fragile geopolitical scenario.

In its quarterly update to stock markets, Godrej Consumer Products (GCPL) stated that it expects to deliver double-digit sales growth in the quarter ended March 2022, which will be driven solely by price.

During the January-March 2022 period, the company witnessed mixed results in both personal care and home care divisions.

"In terms of profitability, we anticipate lower year-on-year Ebitda margins throughout the quarter." This is due to input inflation as well as our poor performance in Indonesia," GCPL said.