Fourth quarter numbers of banking players remain mixed; Should you bet on banking stocks at this juncture?

Fourth quarter numbers of banking players remain mixed; Should you bet on banking stocks at this juncture? 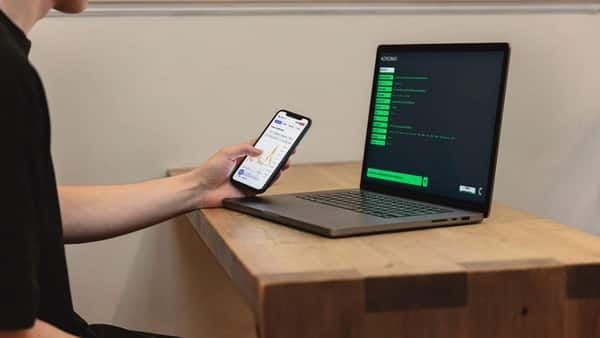 Earnings of the banking sector have been mixed thanks to lower provisioning. However, banks need to sustain credit growth and maintain asset quality to keep the momentum intact.

Even though the March quarter earnings of the banking companies have been mixed, analysts and brokerage firms have started to see some largecap banking stocks as attractive buys at this juncture as the sector is expected to see a little impact from the current geopolitical situation.

Analysts are of the view that the sector is poised for growth and can be a good bet at the current juncture even as inflation remains a concern.

"The sector is well placed, with very little impact of the geopolitical concerns. For now, exposure to sanction hit companies is not a worry. However, inflation, if increases further is a headwind. Asset quality improvement is a positive, though sustained loan growth is monitorable," said Hemali Dhame, Associate Vice President-Research, Kotak Securities.

Earnings of the banking sector have been mixed thanks to lower provisioning. However, banks need to sustain credit growth and maintain asset quality to keep the momentum intact.

"Credit growth is yet to pick up meaningfully and the contribution of commodity inflation to higher credit growth seems large at this point. Margins have either remained stable or fallen a bit while operating expenses have risen in many cases. MTM hit due to bond yield rise has also been a concern for the sector," Jasani pointed out.

"A sustained rise in credit growth, stabilisation or fall in bond yields and no negative surprises in asset quality going forward will be required for the mojo to return to the sector," Jasani added.

Should you buy banking stocks?

Vinod Nair, Head of Research at Geojit Financial Services pointed out that the banking sector is one of the best picks in this challenging market.

"The short-term issue is that foreign institutional investors (FIIs) are in a selling mode due to global uncertainties during which banks are heavily beaten due to high exposure. However, the business outlook has improved as business activities have quickly recovered, the collection has improved while provisioning is dropping," Nair pointed out.

Nair said one should buy banking stocks as the profitability of these companies is about to rise because of the rebound in credit growth and drop in future NPAs.

"Corporate loans have started to improve and retail business is expected to rise in the coming quarters. We expect a re-rate in valuation which is trading below the five-year average. We are positive on private banks," said Nair.

"HDFC Bank continues to remain our top pick in the banking sector considering its impressive asset quality, strong growth potential, higher spending on digital, expected synergies from the merger and attractive valuation. The stock is trading at a discount of 21 percent to its five-year average. In the short-term the stock is affected by FII selling and merger uncertainties," said Nair.

As per Dhame, the valuation for the sector is reasonable and the earning visibility is healthy. The fundamentals remain strong overall. However, it remains sensitive to RBI decisions on rate and liquidity.

"We suggest buying a strong franchise with lesser vulnerable customer segment for a medium to long term time frame. ICICI Bank, SBI, and Axis Bank are our top picks from the sector," said Dhame.

Rohit Gadia, CIO at CapitalVia Global Research believes with the focus of the government on the banking sector, it is bound to revive in the coming time and perform well.

"With the growth prospects of Indian economic growth, banks will play a very important role, in turn, increasing revenue and profit for the banks. It is a good time to invest in the banks as the valuation of major banks are attractive and good returns can be expected in the short to medium time periods. Kotak Bank and HDFC Bank are good stocks to consider at the current levels," said Gadia.

In a surprise move, the Reserve Bank of India (RBI) Governor Shaktikanta Das on May 4 said that the MPC voted unanimously to increase the policy repo rate by 40 basis points (bps) to 4.40 percent with immediate effect. Cash Reserve Ratio (CRR) raised by 50 bps to 4.50 percent effective May 21.

"The short-term tailwind for the banking sector is the rise in interest rates which could help net interest margins. However, in the case of bad lending, the rise in rates could mean higher NPAs too. The test of the last few quarters of aggressive credit growth will be the quality of assets once interest rates move substantially higher," said Tanushree Banerjee, Co-Head of Research at Equitymaster.

"Buying banking stocks at this juncture should therefore be not just based on valuations but also the quality of assets. Banks with the tendency to have higher slippages in higher interest rate cycles should be avoided," Banerjee added.

“The rate hike is likely to shrink liquidity in the economy overall. As per as the banks are concerned the cost of funds is likely to increase so does the cost of deposits. It may translate into NIMs pressure. However, a quick increase in MCLR May control the NIMs squeeze,” said Kabi.