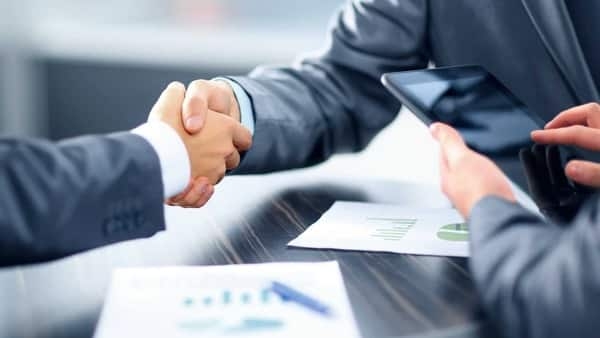 With this, FPIs remained net sellers for the seventh consecutive month since October 2021, withdrawing ₹1.65 lakh crore from equities.

Market experts point out that the inflow of foreign funds will remain volatile in the near term amid the prospect of aggressive rate hikes globally and the headwinds in terms of higher crude prices and rising inflation.

MArket benchmarks the Sensex and the Nifty ended over 2 percent lower in April as investors remained concerned over several near-term headwinds including inflation, the Ukraine war, imminent rate hikes and uninspiring earnings.

The US Fed is set to release its policy statement on May 4, followed by a press conference from Chair Jerome Powell. The market is pricing in a 50 basis point rate hike, but recent Fed speakers have signaled increasing aggressiveness about the fight against inflation.

"An upward breach of 17,300 triggers sales activity from FPIs. The poor advance-decline ratio also reflects the tiredness of the local investors in maintaining a positive stance in the face of repeated selloffs. 16,888-17,378 seems to be the band for the Nifty over the next few sessions," said Deepak Jasani, Head of Retail Research, HDFC Securities.

Economic indicators are also giving mixed signals. While the GST collections are at record highs, India's combined index of Eight Core Industries (ICI) came at 157.3 in March 2022 rising by 4.3 percent compared to the same month a year ago.

Overall, the market is in an uncertain territory and may remain in the consolidation phase for some time.

"It’s almost two weeks under consolidation but markets are not offering any cue over the next directional move. We suggest waiting for a decisive breakout from the 16,800-17,300 zone in Nifty," Ajit Mishra, VP Research, Religare Broking, observed.

"Participants should limit positions and focus on identifying the sectors and themes which are showing resilience amid the consolidation bias. Investors, on the other hand, shouldn’t look much into the short-term fluctuations and keep a close watch on the earnings for cues," said Mishra.

Experts are pointing out that the contrasting trend of DIIs and FPIs may continue even as volatility in the market is likely to continue for some time.

"The positive side is that domestic cues are getting stronger: GST collections in April at ₹1.68 lakh crores, rising auto sales, improving business sentiments and good corporate results reflect an economy bouncing back smartly. This indicates that the economy-facing stocks will do well in FY 23. DIIs and retail investors will be encouraged by the economic data while the FPIs are likely to press sales further since rates are likely to rise sharply in theUS and the dollar index is rising," said V K Vijayakumar, Chief Investment Strategist at Geojit Financial Services.

However, in the long term, the market is expected to rise with the economy picking pace due to government initiatives.

"Markets are bound to rise, the previous peaks will be surpassed by higher highs. Commodity inflation, geopolitical crisis, and earnings headwinds are all temporary factors and one should look at the broader picture," said Mohit Nigam, Head - PMS, Hem Securities.

"The ongoing reforms in the nation, imposition of technology, promotion of 'Make in India' and PLI scheme, increase in exports, 'China Plus 1' strategy and other incentives are some of the key factors that will drive the markets ahead. Being a democratic nation, India is already in a sweet spot amidst the ongoing war situation. Further, with the onset of Covid-19, companies have made themselves resilient to any harsh times ahead," Nigam added.