Global stocks gain as US Fed hikes rate after 3 years. Here's how Indian markets have fared historically post the event

Global stocks gain as US Fed hikes rate after 3 years. Here's how Indian markets have fared historically post the event

If you look at the historical data, the markets have always risen 6 months and 1 year after a rate hike. 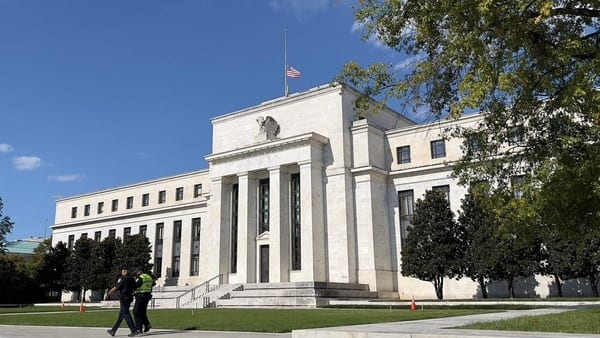 If you look at the historical data, the markets have always risen 6 months and 1 year after a rate hike.

The US Federal Reserved has hiked interest rates by 0.25% for the first time after three years in a bid to control a 40-year high inflation in the country. However, global markets, including the US, cheered the move as Chair Jerome Powell said the US economy “is strong” and can handle monetary tightening.

Not only this, the US Fed signalled a rate hike in the remaining six policy meets for the current calendar year.

"We're not going to let high inflation become entrenched. The costs of that would be too high," Powell said, adding, "If we conclude that it would be appropriate to raise interest rates more quickly, then then we'll do so."

Talking on the Russia-Ukraine War, Powell said events like higher crude oil and commodity prices, "the invasion and related events may restrain economic activity abroad and further disrupt supply chains, which would create spillovers to the US economy."

On recession, he said there is little chance of a recession in the next year, noting that "the American economy is very strong and well positioned to handle tighter monetary policy."

Investors were cheered by the US central bank raising interest rates in the Federal Open Market Committee (FOMC) as widely expected, lifting US shares, it further said.

"The Tokyo market is enjoying continued upward momentum. There were no negative surprises at FOMC. Wall Street shares ended higher across the board... These should serve as positive factors for Tokyo shares," AFP quoted Okasan Online Securities as saying.

Australian shares jumped to a one-month high on Thursday, led by technology and mining stocks, as global markets advanced after the U.S. Federal Reserve raised interest rates as expected, Reuters said, adding, “The S&P/ASX 200 index advanced as much as 1.7% to 7,296.80, hitting its highest since Feb. 17, and extending gains after Wednesday's 1.1% jump.”

Bitcoin, too, joined in the risk-asset rally and was trading around $41,000.

2022 has not been a very good year for the Indian markets yet with the benchmark Nifty down 2 percent year-to-date. It has also tumbled over 10 percent from its 52-week high, hit on October 19, 2021. While the recent correction has been on the bank of worsening tensions between Russia and Ukraine and inflation concerns from the resulting crude price surge. The overall market sentiment has been weak for a while with the foreign investors continuously selling due to high valuations and growth outlook concerns on the back of COVID's third wave.

While, it is believed that the rise in interest rate by US Fed is negative for the Indian markets, if you look at the historical data, the markets have always risen 6 months and 1 year after a rate hike.

Even with the Fed preparing to hike rates, the Nifty is still up 123 percent since bottoming on March 23, 2020.

Investors believe that an unplanned hike reduces risk appetite and increases volatility in Indian markets, however, if the hike is planned and expected, the market's price in the hike and hence the disruption is contained.

But if you look at the earlier data, even during an unplanned hike, while there is a short-term knee jerk reaction, after 6 months, the markets have always given positive returns.

Let's take a look at the data:

How are bonds and rupee impacted

The hikes in interest rates lead to a rise in bond yields for US treasuries. This in turn decreases the difference in rate between Indian bonds and US bonds making the latter more attractive thus leading to FII outflows.

Also, a rise in interest rate leads to weakening of the rupee as the dollar strengthens, as mentioned earlier. However, this decline in the rupee leads to lower investment returns for foreign investors as the rate of change from rupee to dollar becomes expensive. This also leads to outflows of foreign funds in India.

Will rate hikes in the US prompt the same here?

Even though India has an independent monetary policy mainly based on maintaining retail inflation at a certain level. Weakening in rupee may lead to a rise in import costs which can lead to higher inflation, hence forcing the RBI to increase the rate. Thus, a rise in US fed rates is considered an important variable while deciding interest rates in India.

We explain here what is Fed taper