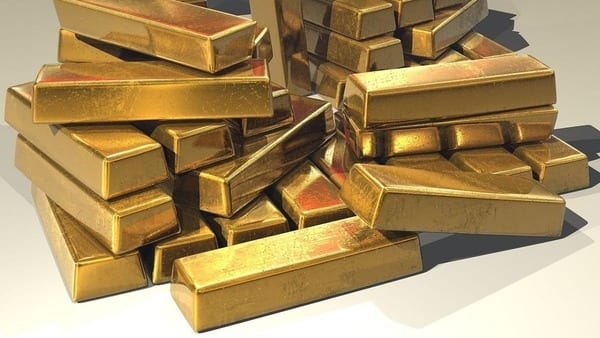 India, added a further 77 tonnes to its gold reserves in 2021, the biggest increase since 2009 when it bought 200 tonnes from the IMF. Photo Credit: Pixabay

Gold on Comex is expected to trade in a range of $1,800 to $2,050 for a 12-month perspective. On the domestic front, prices could trade in a broad range with critical support at ₹50,000 followed by ₹48,000 and ₹46,500, while rallies on the upside towards ₹55, 000 would be opportunities to exit longs positions, said brokerage firm Motilal Oswal Financial Services in a note.

Motilal Oswal pointed out precious metals did not have a very good 2021, with both the metals giving over 6 percent negative returns. However, 2022 bought the bulls back in action with a nearly 7 percent year-to-date (YTD) gain for gold, and around 5 percent run-up in silver since the start of the year.

With inflationary concerns already increasing the bets for bullion, the rise in geopolitical tensions also supported the rally in yellow metal prices. Geopolitical uncertainties and inflationary concerns could continue to support the metal prices on the lower side although for the next quarter Fed policy meeting will be very important to gauge further direction for the metal, Motilal Oswal added.

After a lackluster 2021 with nearly 8 percent negative returns, the silver price has been trading in a broad range since the start of this year, building up hopes for bulls and overall market sentiment. Even though silver was seen majorly following gold’s trail, Motilal Oswal also saw the white metal’s restricted gains amidst volatility in base metals.

Silver in the initial few months of 2021 gained some traction due to short squeezing, President Biden’s fiscal stimulus measures and a rebound in global industrial production. Silver ETF did some fluctuation in the previous year, overall an outflow of nearly 865 tonnes was seen.

Entering in 2022, silver ETF has witnessed a decent inflow wherein it started at, nearly 16,603 tonnes and is currently marking at nearly 17,975 tonnes. Demand consumption from the renewable sector could start to pick up as well. The whole story around de-carbonization in COP26 and the whole ESG transition that’s taking place in the economy will push demand for green technologies, said the brokerage firm.

After a suppressed physical demand during pandemic times, 2021 witnessed a strong demand recovery. Lower prices and easier rules and restrictions especially during weddings and festive times helped support the overall demand in the physical market.

Import data on the domestic front has been quite impressive since the start of 2021, and the trend continues this year as well. 2021 witnessed an import of 1050 tonnes of gold and this year as of Feb, India has already imported nearly 120 tonnes. As the pandemic-related restrictions eased and inflationary pressure increased surge in physical demand was witnessed. Market participants took shelter under safe-haven assets, hence giving a boost in overall sentiment.

According to the latest data released by China Customs, China imported 818t of gold in 2021, 36 percent higher than in 2020 and close to the 2019 level. The country’s border controls have been relatively relaxed in the face of low COVID cases, but the key driver for the growth in imports might have been the strong recovery in 2021’s gold consumption and the local gold price spread turning into a premium from discount in 2020.

According to WGC, Central banks added 463 tonnes to global gold reserves in 2021, 82 percent higher than in 2020 marking a significant rebound in demand from this sector following the decade low of 255t in 2020. This pushed global gold reserves to just under 35,600 tonnes, their highest for almost 30 years.

Developed market central banks were also among the notable buyers. A large number of emerging market central banks bought gold, demonstrating the breadth of interest. India, added a further 77 tonnes to its gold reserves in 2021, the biggest increase since 2009 when it bought 200 tonnes from the IMF.

The brokerage firm added that after four consecutive quarters of YoY declines, investment demand jumped 118 percent YoY in Q4. ETF outflows slowed to trivial levels – particularly in comparison with Q4 2020 – while bar and coin investment continued to gain strength. Despite the significant uptick in Q4 demand, the net result for 2021 was a 43 percent decrease in total investment to 1,007 tonnes.

However, the last time gold ETFs saw annual outflows, which was between 2013 and 2015, the average annual investment demand was 901 tonnes, 11 percent lower than last year. This highlights the extent to which bar and coin demand growth helped to offset ETF outflows.

On the domestic front, market participants had multiple sources to invest in Gold although there were limitations for investment in silver. Investors now have an option to invest in Silver ETFs (recently launched) which could also be a supporting factor for metal prices amidst an increase in demand, Motilal Oswal said.

Disclaimer: The views and recommendations made above are those of the brokerage firm and not of Mint Genie.