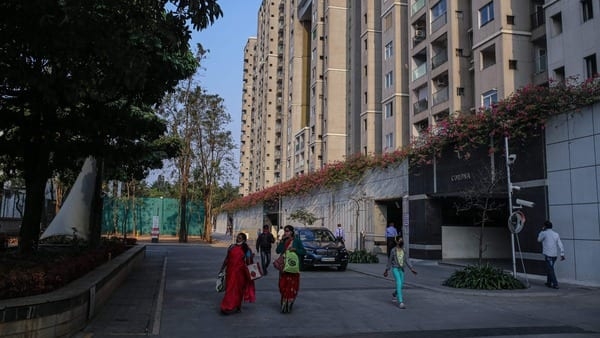 Covid 2.0 had exerted pressure on the asset quality indicators for these players and delinquencies, especially in the softer buckets shot up significantly.

As of December 31, 2021, the total loan book of AHFCs stood at ₹66,221 crore and constituted about 6 percent of the overall HFC loan book, said ICRA.

“After witnessing a moderation in the loan book growth in Q1FY22, the growth for AHFCs picked up again in Q2 and Q3FY22, with disbursements for the AHFCs reaching 85-90 percent of the peak levels seen in Q4FY21. As a result, the AHFCs reported a 14 percent (year-on-year) growth as of December 31, 2021. Overall, while the growth has moderated over the long-term average, it continues to remain higher than the overall housing finance industry average,” said Manushree Saggar, Vice President, Financial Sector Ratings, ICRA.

With some improvement in the operating environment and business outlook, ICRA expects that the reported gross NPA/stage 3 percent will moderate in FY2023, supported by book growth and controlled fresh slippages.

The liquidity profile of these entities is expected to remain comfortable supported by the sizeable on-balance sheet liquidity being maintained by these players and comfortable capitalisation levels.

At the same time, the availability of funding lines would be imperative for growth. The banking channel and NHB will remain key sources of incremental funding, the rating agency pointed out.

These AHFCs would need external capital for growth in case they were to return to a high growth trajectory as internal capital generation remains modest. Improvement in the earnings profile of these AHFCs in 9MFY2022 was supported by better margins and moderation in the credit costs.

While operating expenses witnessed an uptick with higher business volumes, the impact was offset by the reduction in credit costs.

“With an expectation of stable net interest margins, higher operating efficiencies with improved scale and moderation in credit costs, the return on assets (RoA) for these AHFCs is likely to be between 2.5-2.7 percent in FY23. Over the long term, the ability to improve the operating efficiencies further and control the credit costs would be imperative for improving the return indicators,” Saggar concluded.