Has the market bottomed out? Should you buy? Here's what top analysts say

Has the market bottomed out? Should you buy? Here's what top analysts say

Ascending market may give hope to some investors that the market might have hit the bottom and it will continue to log gains in the next few sessions. 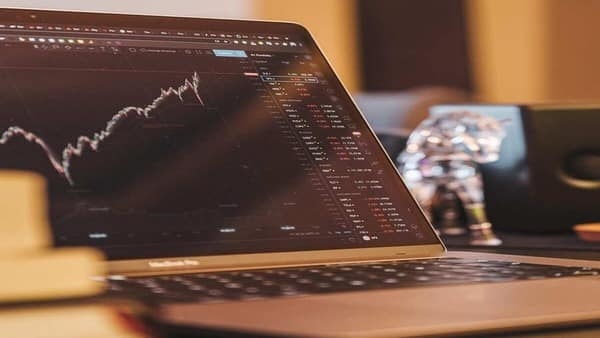 The market is in the green even though not much has changed in terms of global cues and macro factors. After clocking over a percent gain in the previous session, Sensex rose more than two percent in intraday trade on March 9.

Indian stocks rose today, taking cues from European markets - Euro Stoxx 50 and German DAX futures rose around 2 percent. The gain, however, has no fundamental underpinning as the Russia-Ukraine episode is keeping investors on tenterhooks. The US, UK and European Union have imposed several sanctions on Russia which has shot up crude oil prices, gold and other safe-haven assets.

The ascending market may give hope to some investors that the market might have hit the bottom and it will continue to log gains in the next few sessions. However, it may be misplaced optimism as the near-term outlook for the market is still uncertain owing to the ongoing Russia-China war and subsequent sanctions.

Analysts point out the concerns over the ongoing Russia Ukraine conflict and its fallout over the economy has not eased.

"The global, as well as Indian equities, continue to witness correction amid the ongoing Russia-Ukraine conflict and concerns over economic costs of war and subsequent sanctions on global economies with key concern right now being sharp rise in crude prices," said Pankaj Pandey, Head of Research at ICICI Securities.

The market appears to have factored in the Russia-Ukraine war and now witnessing short covering as there is no fresh reason for the selloff.

"We believe volatility will remain in the near term till there is clarity over the cessation of this attack. However, the recent correction gives an opportunity to the long-term investors to load up on quality companies with sustainable growth visibility. In the near term, metals, IT, pharma would be the key resilient sectors. In the medium term, we continue to remain constructive on domestic capex linked capital goods and allied space and PLI-oriented domestic manufacturing plays," said Pandey.

If we consider the technicals, experts think the market might have made a short-term bottom near 15,700-15,900.

"The market seems to have made a short-term bottom around 15,700-15,900 levels despite the negative newsflow on the commodity price front. Over the medium term, India remains a preferred market but post the bounce expected now, one more leg down is expected once the effect of the events in Europe becomes clear on the Indian macro and micro," said Deepak Jasani, Head of Retail Research, HDFC Securities.

Technical charts can attempt to indicate a trend but in the current situation, uncertainty is the only truth.

"It is almost impossible to predict the bottom of the market, but at current levels, the risk-reward framework is positive for the markets. Any investor having a long-term view of the market should increase their equity allocation by investing in good quality companies in tranches," said Nishit Master, Portfolio Manager, Axis Securities.

"For the medium term, the markets look attractively valued with risk-reward favorable. We expect earnings growth for Nifty to be in the high teens over the next few years despite high commodity inflation, which bodes well for the markets," said Master.

Amar Ambani, Head – Institutional Equities, YES SECURITIES underscored that Nifty has been already witnessing consolidation since mid-October 2021 due to a lack of fresh triggers. The Russia-Ukraine issue added a negative trigger to the existing overhang of the US Fed likely raising rates in March 2022.

However, he is bullish on Indian equities for the next three years.

"History has shown us that these wars offer good entry points for investors. Be it the wars of Vietnam, Gulf, Afghanistan, Iraq, or the Crimean crisis, markets have fallen on war fear, then rallied when the actual battle broke out and further continued its upward journey post the war. The next seven-odd trading sessions will offer tremendous opportunities for the long-term investor. Invest in good quality management in sunrise sectors,” said Ambani.

Instead of trying to find the bottom of the market or timing the market, analysts advise investors to buy quality stocks amid correction for the long-term gains.