HDFC to be merged with HDFC Bank: What does this mean for investors HDFC to be merged with HDFC Bank: What does this mean for investors

The HDFC-HDFC Bank merger is expected to be completed by the second or third quarter of FY24. After the merger, HDFC Bank will be 100 per cent owned by public shareholders and existing shareholders of HDFC Limited will own 41 per cent of HDFC Bank.

Shares of HDFC Bank and HDFC jumped 10 per cent each in early trade after the entities announced the merger. HDFC Bank shares were up 9.99 per cent at ₹1,656.90 on BSE while shares of mortgage lender HDFC gained 10 per cent to trade at ₹2,696.

The HDFC Corporation is a deposit-taking housing finance entity(ies); company registered with the NHB and its shares are listed on the Stock Exchanges.

HDFC Bank is a banking company licensed by the RBI under the provisions of the Banking Regulation Act, 1949. Its shares and American Depositary Receipts are listed on the Stock Exchanges and New York Stock Exchange respectively.

HDFC investments limited and HDFC holdings limited are non-deposit, accepting non-banking finance companies, registered with RBI, engaged in the business of investments in stocks, shares, dentures and other securities. Both are unlisted Companies.

What this means for investors

The share exchange ratio for the amalgamation of HDFC with and into HDFC Bank will be 42 equity shares of the face value of ₹1. This means shareholders of HDFC as on record date will receive 42 shares of HDFC Bank ( ₹1 each) for 25 shares of HDFC Limited ( ₹2 each).

Post the amalgamation, HDFC Bank will be 100% owned by public shareholders and existing shareholders of HDFC will own 41% of HDFC Bank.

HDFC Bank, which is India's largest private sector bank, has a large base of over 6.8 crore customers. The bank platform will provide a well-diversified low-cost funding base especially current and savings accounts or CASA. The bank will be able to offer more competitive housing products.

HDFC has 445 offices across the country, these offices can be used to sell the entire product suite of both the Corporation and HDFC bank.

HDFC Bank would also enable seamless distribution of house loans by leveraging its enormous customer base of over 68 million clients, hence improving the rate of credit development in the economy.

The Proposed Transaction is expected to result in bolstering the capital base and bringing resiliency to the balance sheet of HDFC Bank.

HDFC Limited is a significant provider of home loans to the Low-Income Group (LIG) and Middle-Income Group (MIG) segment under the affordable housing initiatives of the Government of India. Access to housing finance for this category would be improved further on account of low-cost funds available with HDFC Bank.

The Boards of HDFC Ltd and HDFC Bank believe that the merger will create long term value for all stakeholders, including customers, employees and shareholders of both entities. The amalgamation of the two entities will provide further impetus to the Government’s vision of “Housing for All”.

Why did the deal take place?

The merger talks between HDFC Bank and its parent company, HDFC Ltd, began about eight years ago, when the Reserve Bank of India permitted banks to issue long-term bonds to support infrastructure and affordable housing.

Banks are not required to maintain Cash Reserve Ratio (CRR) and Statutory Liquidity Ratio (SLR) for funds raised through this mechanism, according to a notification issued by the RBI in July 2014. They are also exempted from reaching priority-sector lending targets on such funds.

"Some regulatory difficulties must be handled in order for the combination to be more beneficial. Part of it was resolved with the issuance of the circular on infrastructure bonds, but there are a few more concerns about which we are talking to the regulators "In December 2014, Aditya Puri, the then-CEO and Managing Director of HDFC Bank, stated.

Keki Mistry, the vice chairman and chief executive of HDFC, had said a merger was possible "theoretically" and could be done at an appropriate time.

It should be noted that ideas of a merger between the two corporations had been circulating for some time, but supporters argued that there were benefits to continuing as distinct entities until the infrastructure bond notification came in.

Housing Development Finance Corporation Ltd., incorporated in the year 1977 (having a market cap of ₹496,425.50 Crore) operating in NBFC sector. 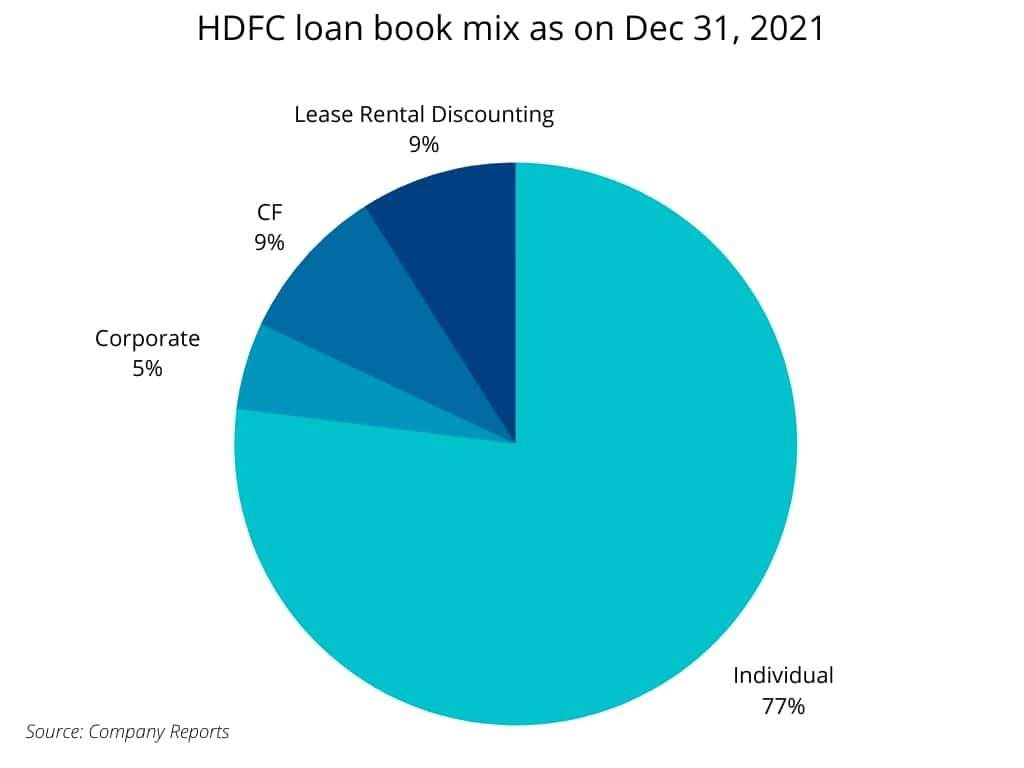 In FY22, HDFC has approved retail home loans to the tune of ₹2 trillion. This is the highest ever home loan approval by the mortgage financier in a financial year. This is a 30% increase over the loans worth ₹1.55 lakh crore sanctioned in FY21.

Experts believe the market will show strong growth levels, nearing a 22% CAGR between 2021-2026. And one segment that may drive these growth levels is the affordable housing market.

ALSO READ: HDFC Ltd and HDFC Bank to merge: Here's all you need to know

The demand for housing loans is being driven by first-time homeowners as well as by those who are looking to move up the property ladder. Geographically, the demand for housing loans is coming both from metros and non-metros. And, if one were to look at the segments, demand is being driven by affordable housing as well as high-end markets. The sweet spot for housing is still in the price range of ₹50 lakh to ₹1 crore, the lender said in a statement.

“In over four and half decades, I have not seen a better time for the housing sector than now due to lower interest rates, stable property prices, government’s thrust on affordable housing, improved affordability, favourable demographics, increasing urbanisation, and rising aspirations,” said Renu Sud Karnad, MD, HDFC Ltd.

Around 270,000 home loan customers of HDFC Ltd have availed off the benefits of the CLSS scheme of the government. The lender has disbursed loans to the tune of ₹45,914 crore under the CLSS scheme as of December end, wherein the subsidy amount stood at ₹6,264 crore.

Further, for the nine months ended December 31, 2021, 30 per cent of home loans approved in volume terms and 13 per cent in value terms have been to customers from the economically weaker section (EWS) and low-income groups (LIG). 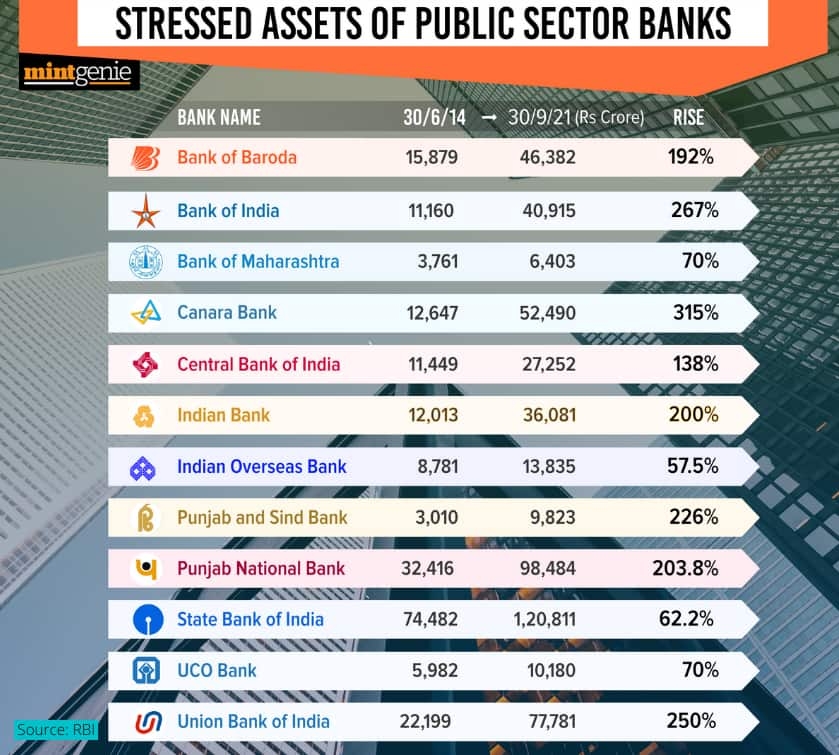 Stressed assets of public banks spike over past seven years