An extreme heatwave is likely to hit India's wheat output in 2022 after five consecutive years of record harvests. India recorded its warmest March in 122 years, with the maximum temperature across the country rising to 33.1 degrees Celsius. 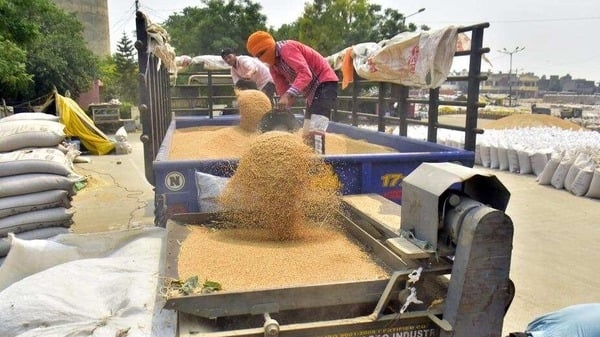 India recorded its warmest March in 122 years this year with the maximum temperature across the country rising nearly 1.86 degrees above normal, according to data compiled by India Meteorological Department.

An extreme heatwave is likely to hit India's wheat output in 2022 after five consecutive years of record harvests, as a sharp, sudden rise in temperatures in mid-March cut crop yields in the world's second-biggest producer of the grain, Reuters reported.

Cashing in on a rally in global wheat prices after Russia invaded Ukraine, India exported a record 7.85 million tonnes in the fiscal year to March—up 275% from the previous year.

Expecting another record crop, traders and government officials saw an opportunity to export 12 million tonnes in the current 2022-23 fiscal year.

In mid-February, nearly a month before the recent hot spell, the government said India was on course to harvest an all-time high of 111.32 million tonnes of grain, up from the previous year's 109.59 million tonnes.

The government has yet to formally revise its production estimates, but an official note, seen by Reuters, said the output could fall to 105 million tonnes this year

"Loss of production of wheat, all India basis, more or less stands around 6%, on account of shrivelling of wheat grains around 20% due to terminal heat and heatwaves," the note said.

Vietnam, too, one of the biggest exporters of rice, has started buying rice from India.

A global pandemic has also prompted Vietnam and other Asian countries to stockpile rice, and therefore they are forced to buy rice from India.