How Russia's Ukraine invasion is triggering a semiconductor crisis 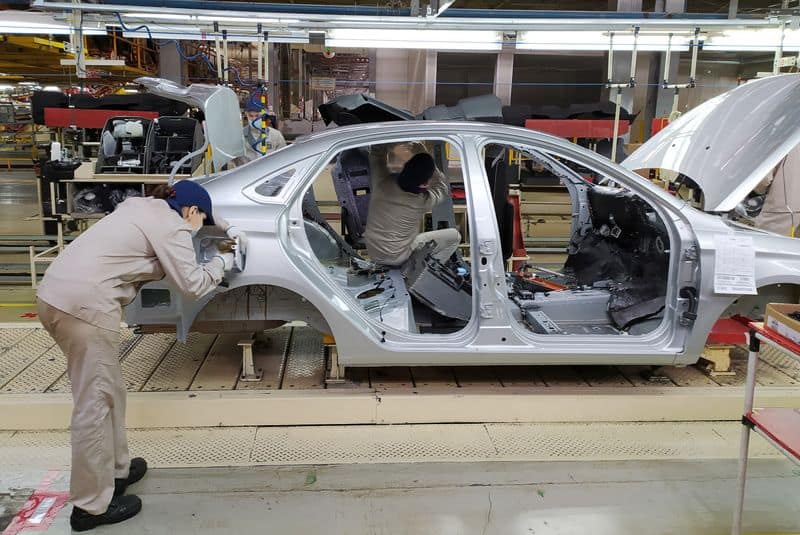 How Russia's Ukraine invasion is triggering a semiconductor crisis

Currently, Russia is one of the largest producers of — Palladium — which is essential for memory and sensor chips along with several other rare-earth metals.

The ongoing geopolitical tussle between Russia and Ukraine is likely to have another casualty – the semiconductor chip. Palladium and neon are two resources that are key to the production of semiconductor chips

Notably, both countries produce key raw materials which are used in components that are key to producing automobiles such as semiconductors.

What do the iPhone 12, the latest hybrid SUV and the Future Combat Air System (FCAS) have in common? The semiconductor – this powerful and complex electronic component so essential to their production. No data can flow through these devices without this millimetre-thin silicon piece of technology. Semiconductors act as the technological brains in our phones, laptops, smart homes, and even cars

How did this happen?

The crisis dates to March 2020 when the pandemic forced automakers to shut down plants and temporarily halt orders from suppliers. At the same time, the electronics industry faced increased demand for cell phones, televisions, computers, games, and home appliances from customers abiding by stay-at-home orders.

WSTS (World semiconductor trade Statistics) data indicate that the global market for micro and nanoelectronic integrated circuits skyrocketed by 40% in ten years, reaching 439 billion dollars in 2020. It may even grow by as much as 10.9% in 2021. Chipmakers rerouted their supply to the electronics industry, which also showed a willingness to pay more for the silicon wafers.

When the auto industry came back online faster than expected in the summer of 2020, it found the chips needed weren't available and suppliers were content to keep their more lucrative contracts with others.

Big orders can't be met quickly; it takes about three months to make even the simplest of semiconductors. The auto industry only represents five per cent of the chip industry, so it lacked much clout to get what it needs.

Cars use a lot of older, lower-tech "legacy" chips that cost only a few dollars each, and have lower profit margins, so there is less incentive for chipmakers to invest in more capacity. The low cost of legacy chips belies their importance.

Vehicles rely on such chips for everything from door locks and infotainment to brakes and advanced driver-assist systems. Advanced wafers that incorporate more chips are more plentiful; suppliers would rather make more sophisticated chips, made with newer technology that can put more chips on a single silicon wafer, and yield a better return.

Currently, Russia is one of the largest producers of — Palladium — which is essential for memory and sensor chips along with several other rare-earth metals.

In 2020, humans mined more than 210 metric tons of palladium. Russia produced the most at 91 metric tons.

Russia is the world’s third-largest source of nickel for lithium-ion batteries, and it supplies 40% of the palladium used in catalytic converters, which are present in all gasoline and diesel automobiles. However, if nickel resources are limited, the production of batteries for electric vehicles may be slowed.

The West's economic sanctions on Russia will damage the country’s economy but are also ramping up risks to the global supply of key materials needed in the production of automobiles and semiconductors, two industries already rattled by disruptions from COVID-19.

On the other hand, Ukraine is a leading producer and exporter of ‘Neon Gas’ that is used for several processes in the manufacturing of semiconductors like etching circuit designs into silicon wafers to create chips.

Ukraine makes more than 90% of the high-grade neon in gas-phase lasers used to make chips produced by U.S. semiconductor companies. The gas is a bi-product of Russian steel manufacturing which is purified in Ukraine, said market research company Techcet.

During the 2014-2015 war in Ukraine, neon prices went up by several times over, indicating how serious this can be for the semiconductor industry, semiconductor-exposure companies make up 70 per cent of total neon demand, as it is an integral part of the lithographic process for making chips.

Notably, while Covid’s impact on semiconductor production eases, the pressure is expected to be build-up from the ongoing geopolitical crisis.

In the last one year, the shortage has impacted the production of vehicles, consequently, elongating waiting periods and escalating cost.

Back home, it will be a double whammy for the auto sector that is likely to face multiple headwinds in the form of rising metal prices, new emission norms and a possible shortage in semiconductor chips. Add to that rising crude oil prices, which in turn will see the government hike auto fuel prices once the assembly elections across five key states get over next week.

Most analysts expect a sharp hike of around ₹8 – 10 per litre in diesel and petrol prices as crude oil prices moved past $115 a barrel – the highest level since 2014. All this is likely to impact auto sales over the next few months, analysts believe.

Though chip-making companies have stockpiled resources, the chip shortage will get worse impacting almost all industries such as automakers, electronic device manufacturers, phone makers and many other sectors that are increasingly reliant on chips for their products to work, warned a report from Moody’s.

Maruti Suzuki India sold just 1.9 lakh cars in November 2021 as against the 1.35 lakh cars it sold in April when the second wave of Covid hit the country. Hyundai sold just 37,001 cars in November last year as against 49,002 cars it sold in April. The worldwide chip shortage will exist well into the last part of 2022, and possibly even 2023, according to the latest US Commerce Department report.

Are we facing a long-term shortage of chips in the automotive industry?

Researchers at the Indian Institute of Science (IISc) have been collaborating with a semiconductor foundry under the IMPRINT programme of the Government of India, which could provide a solution to a serious shortage of chips in the automotive industry.

The IISc team embarked upon developing an indigenous technology platform for manufacturing automotive (analog) chips to be used for commercial and strategic applications.

Automotive chips are different from the conventional processor chips used in devices such as smartphones and laptops. An automotive chip (also referred to as a power ASIC) needs to handle various tasks simultaneously, including instrumentation, sensing and control of various electromechanical parts.

Also, Anil Agarwal-led Vedanta and Taiwan’s Hon Hai Technology Group, also known as Foxconn, have entered into a partnership to manufacture semiconductors in India, a move that will significantly boost the manufacturing of electronic goods in the country. 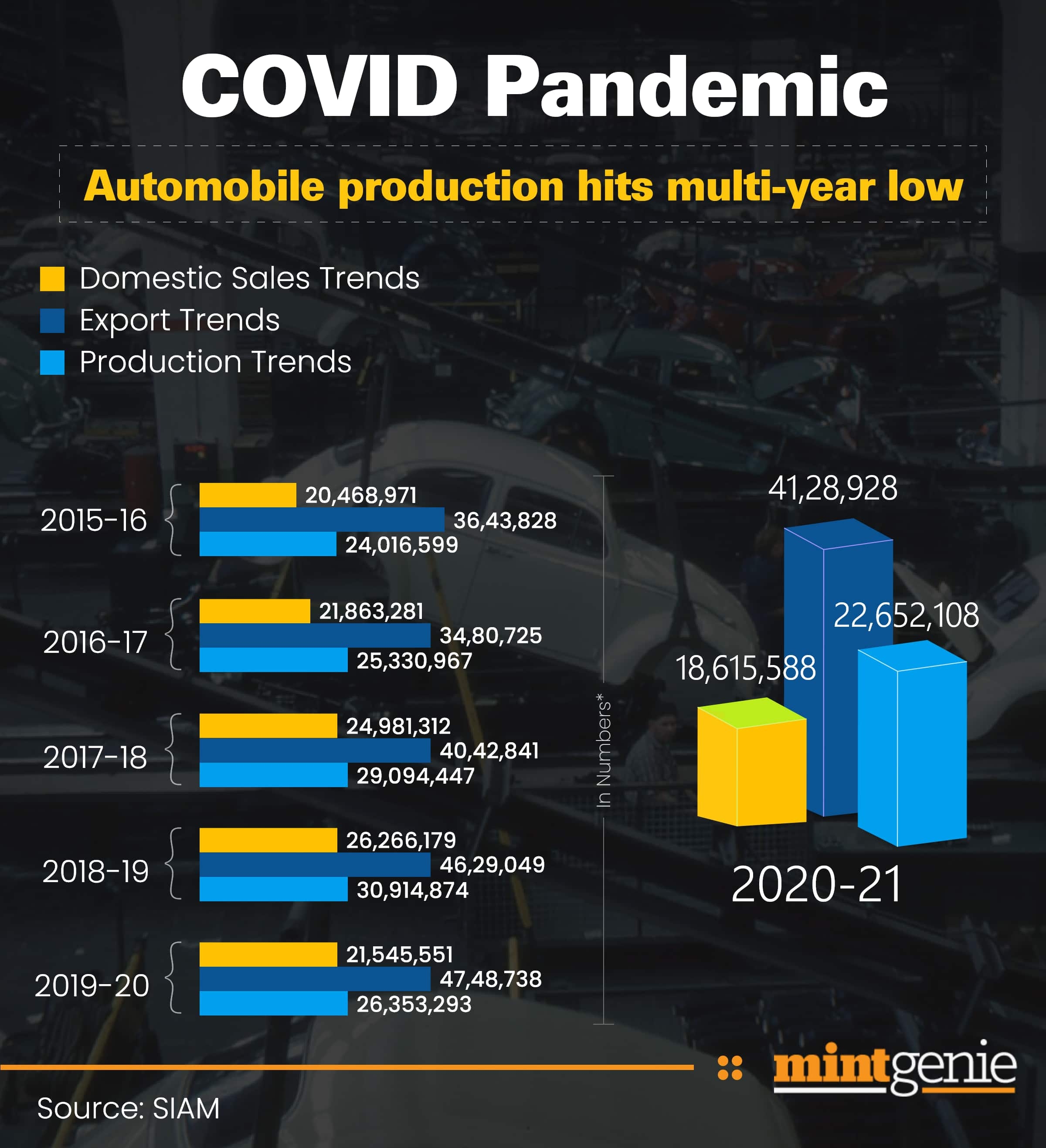