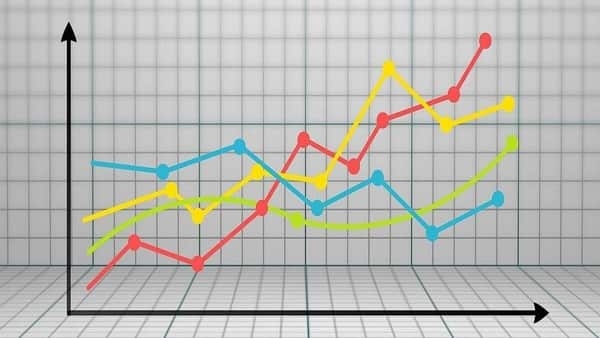 ICRA pointed out that an early kick-off of the government's budgeted capex programme remains crucial to boost investment activity in the first half of FY23.

The ongoing Russia-Ukraine war and renewed lockdowns in parts of China due to the resurgence of Covid-19 will drag India's economic growth, said a report from rating agency ICRA.

ICRA noted that economic activity rebounded after the rapid abatement of the third wave of Covid-19 in February 2022 and the lifting of the state-wise restrictions. As expected, the third wave had a much smaller impact on confidence levels relative to the first two waves.

While the early data for March 2022 is mixed, the Russia-Ukraine conflict and the associated surge in commodity prices have heightened uncertainty, and the expected margin compression is likely to squeeze GVA growth. ICRA expects the YoY growth in real GDP to moderate to 3-4 percent in Q4 FY22 from 5.4 percent in Q3 FY22. The YoY expansion in real GDP is, therefore, projected at 8.5 percent in FY22, a mild rise of 1.3 percent relative to FY20 levels.

"Following the elevated commodity prices and fresh supply chain issues arising from the Russia-Ukraine conflict, as well as the renewed lockdowns in parts of China, we have pared our forecast of India’s real GDP growth in FY2023 to 7.2 percent from 8 percent. Moreover, the K-shaped recovery appears likely to continue with the formal sector gaining market share in FY23,” said Aditi Nayar, Chief Economist, ICRA.

“Higher prices of fuels and items such as edible oils are likely to compress disposable incomes in the mid to lower-income segments, constraining the demand revival in FY23. However, the prescient extension of free foodgrains under Pradhan Mantri Garib Kalyan Ann Yojana (PMGKAY) until September 2022 may continue to offer some respite to the food budgets of vulnerable households," Nayar said.

"In the mid to upper-income segments, normalisation of behaviours after the third wave is set to result in a pivot of consumption towards the contact-intensive services that were avoided during the pandemic, constraining the growth in demand for goods in FY23,” she said.

ICRA pointed out that an early kick-off of the government's budgeted capex programme remains crucial to boost investment activity in the first half of FY23. However, a concern is that the execution risk is shifting to the states, with a considerable portion of the step-up in the government’s budgeted capital spending coming through the enlargement in the size of interest-free capex loan to the state governments to ₹1 trillion in FY23 from ₹0.15 trillion in FY2022.

On the front of agriculture, healthy reservoir levels offer insurance against a potentially below normal rainfall in 2022. However, as economic activity normalises, there could be a shift in the availability of agricultural labour across different regions, affecting acreage in some states, which has been the key driver of agri output during FY21 and FY22, ICRA said.

Inadequate availability of fertilisers also poses a concern, ICRA highlighted. "Systemic inventory is significantly below historic levels across all segments of fertilisers, chiefly on account of lower imports amid limited availability in the international market, and elevated prices. Thus, even with a normal monsoon and healthy reservoir levels, acreage and, therefore, the output may not rise meaningfully in FY23, constraining agricultural GVA growth below 3 percent," the rating agency added.

Technical View: Nifty ends in the red; 16,200 may act as support, say analysts
View All