India has safeguards in place to mitigate risks from capital flows: IMF

India has safeguards in place to mitigate risks from capital flows: IMF

The Indian government uses these restrictions quite proactively in dealing when the external environment changes. So, by putting restrictions on the amount of external borrowing the corporates can do. 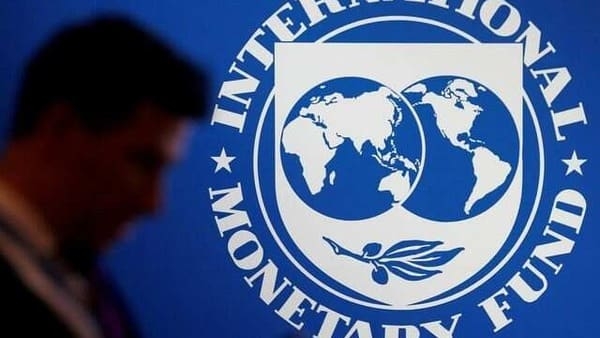 The IMF released a paper on Wednesday titled Review of the Institutional View (IV) on Capital Flow Liberalization and Management.

Despite the COVID-19 crisis, India has received a record amount of foreign direct investment in recent years and has a number of safeguards in place to mitigate the risks from capital flows, according to the International Monetary Fund.

The IMF released a paper on Wednesday titled Review of the Institutional View (IV) on Capital Flow Liberalization and Management. The IV was adopted in 2012, and it serves as the foundation for consistent Fund advice on capital-flow policies.

The IV aims to assist countries in reaping the advantages of capital flows while also managing the risks associated with them in a way that maintains the macroeconomic and financial stability and avoids major negative outward spillovers.

In response to a question, Gopinath stated that there are additional financial risks associated with large capital inflows. In the case of India, there are already a large numberof capital controls in place.

When the external environment changes, the Indian government uses these restrictions quite aggressively. So, limiting the amount of external borrowing that corporations can do is an instrument that they use. They also employ it in response to changing external circumstances.

"The dramatic capital outflows we witnessed at the start of the global pandemic, and the recent turbulence and capital flows to some emerging markets following the war in Ukraine are stark reminders of how volatile capital flows can be and the impact this can have on economies, Gopinath said.

Following the Great Financial Crisis, when interest rates in advanced economies remained low for a long period, capital flocked to emerging markets in pursuit of higher yields, she explained. According to her, this resulted in the progressive accumulation of foreign currency external debt in some nations, which was not countered by foreign currency assets or hedges.

Then when the taper tantrum struck and there was a sudden loss of appetite for emerging market debt, it led to severe financial distress in some markets.

The latest IMF report, she said, highlights the risks to financial stability that can arise from a gradual buildup of external debt liabilities, especially when these generate currency mismatches and narrow and exceptional cases from foreign debt denominated in local currency.

India to became the fastest growing economy in near future