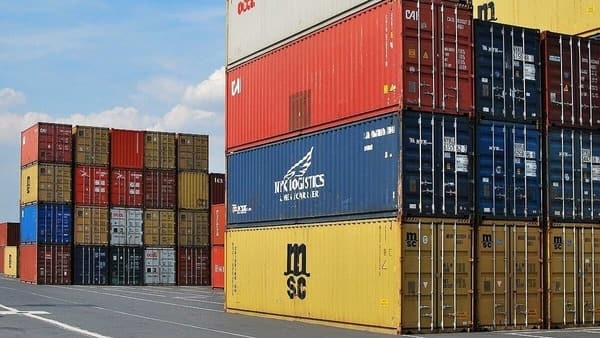 As per commerce secretary B.V.R. Subrahmanyam, India is no longer an exporter of primary goods.

India’s merchandise exports touched a record high of $418 billion in 2021-22, exceeding the government’s target by about 5 percent and recording a 40 percent growth over the previous year, Mint reported quoting official data.

Exports touched $40.38 billion in March from $34 billion the year earlier, led by robust growth in petroleum products, engineering, gems and jewellery, chemicals, and pharmaceuticals, data released by the ministry of commerce and industry showed on April 3, the report added.

“India has exported $418 billion for the first time in its history. This is more than the target. It has crossed $40 billion in exports in March alone, the maximum in a single month. India’s diversified export portfolio in 2021-22 shows India’s manufacturing abilities, and growth in hi-tech goods, electronics, and agricultural products.,” commerce and industry minister Piyush Goyal said, as per Mint, at a press briefing on April 3.

As per commerce secretary B.V.R. Subrahmanyam, India is no longer an exporter of primary goods.

India’s exports are gradually moving towards manufactured goods, visible in engineering and electronics goods exports, director-general of foreign trade Santosh Sarangi pointed out. Electronics goods are one of the top items in India’s import basket, after gold. These witnessed a 40% jump in FY22, following a massive push from the production-linked incentive scheme, Mint quoted Sarangi saying so.

Meanwhile, imports may also hit record-high levels economists point out due to higher crude oil and commodities prices. Imports rose 51% to $589 billion last fiscal year, resulting in the widening of the trade deficit to $189 billion. The top five export destinations for India are the US, the UAE, China, Bangladesh, and the Netherlands, the Mint report said.