India's GDP loses steam; here's what brokerages have to say

India's GDP loses steam; here's what brokerages have to say 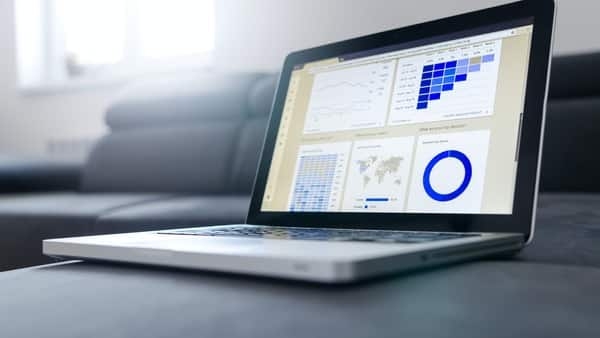 This was before the Indian economy was hit by the third wave of COVID as well as ahead of the worsening Ukraine-Russia crisis leading to a massive surge in crude oil prices.

Let's look at what various brokerages have to say about the December quarter's GDP data as well as revisions (if any) to their future GDP growth forecasts.

The large miss in Q3FY22 GDP numbers, along with a weaker start to Q4FY22 has forced our hand to lower the FY22 GDP forecast by 60 bps to 8.9 percent. If our forecasts are met, then it implies FY19-22 real GDP CAGR growth of 1.8 percent with agriculture growth outpacing industry and services. Further, risks to the outlook have only risen.

First, the rise in oil prices along with Fed tightening is likely to weigh on global reflation and thus India’s exports - the lynchpin of recovery so far. Second, India too is facing a negative term of trade shock, which could further weigh on the already weak domestic demand. Third, if Fed tightening and elevated crude stays, India’s BoP situation could deteriorate, making policymaking challenging. What is comforting though, is that balance sheets of the banking system and India Inc are in far better shape than has been the case in the past.

The main drag on the GDP came from the sharp decline of net exports. Import of goods and services came at ₹10.2 lakh crore - highest in the series so far. With oil prices elevated in Q4 FY22 so far and global growth momentum waning, the outlook for net export looks challenging. On the industry side, the manufacturing sector remained weak.

With elevated commodity prices and supply chain disruption squeezing into profit margins, the sector is likely to see further moderation. Overall, RBI’s dovish twist in this month’s policy is reflected through the GDP numbers. As such, we expect the RBI’s MPC to opt for a longer pause in repo rate and stance unless growth surprises on the upside. We expect FY23 GDP growth at 7.6 percent. In our view, downside risks to the government’s 2nd annual estimate of 8.9 percent in FY22 remain on the table.

The weaker growth in 3QFY22 reflected kicking in of high base effects kick in and consolidation of activity. Growth was slower in mining and manufacturing, partly owing to supply chain disruptions, led by the auto sector while sequential easing in corporate profitability also was reflecting a weaker quarter. Services led the 3Q growth, again helped majorly by government spending.

The sub 9 percent GDP growth in FY22 revised estimates partly also captures past revisions. The economic recovery might see a minor bump down in 4QFY22 led by a mild omicron wave, while the current geopolitical escalation may lead to potential global energy trade and price disruptions and weigh on growth. We assume the energy supply shock may resolve in the coming months and likely will not leave a lasting mark on the global and domestic expansion. However, it would clearly have a near-term negative impact. Going ahead, Fiscal and monetary support continue to nurture growth, especially as recovery in domestic economic activity is yet to be broad-based.

Details suggest that final consumption (private + govt) grew 4.1 percent in the December quarter, while investments grew 7.1 percent last quarter. Within (real) investments, while government capex grew 40.4 percent, private capex is estimated to have grown only 4 percent. The full-year FY22 estimate has been revised down to 8.9 percent from 9.2 percent estimated in Jan'22, implying 4Q growth of 4.8 percent, also in line with our forecast.

Real GVA growth was only 4.7 percent YoY in 3Q, lower than our/market forecast of 5.2/5.7 percent. Industrial activities were almost flat, while the services sector grew 8.2 percent YoY in the quarter.

Overall, 3Q GDP growth was lower than consensus, driven by weak consumption. With below 5 percent growth expected in 4Q, our fear of slower recovery in India is turning out to be true.

The sharp deceleration in India’s GDP growth in Q3 FY22 reflects the role of the adverse statistical base since most of the drivers saw a healthy sequential as well as seasonal expansion. Nevertheless, concerns over weakness in investment activity and widening of trade deficit have come to the front.

We hope some upside to agriculture and generation of additional fiscal space (on account of sharp upward revision in Nominal GDP estimate for FY22) could provide support, and hence see a mild upside risk to NSO’s FY22 GDP growth estimate of 8.9 percent. For FY23, we continue to expect GDP growth to show an optical moderation to 7.5 percent as statistical disruptions get ironed out. Supportive domestic policy environment, vaccination coverage, and expectation of normal monsoon are expected to play a key role in driving organic growth momentum in FY23. Having said so, the downside from the escalation in geopolitical risk needs to be carefully monitored.