The regulator has withdrawn its recognition after finding the bourse non-compliant on several grounds like net worth requirement, Sebi inspection observations and infrastructure. 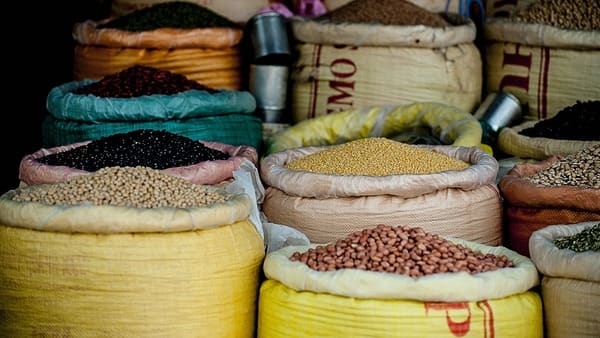 The regulator has withdrawn its recognition after finding the bourse non-compliant on several grounds like net worth requirement, Sebi inspection observations and infrastructure.

Consequently, "ICEX shall cease to be a recognised stock exchange," Sebi said in its order. The regulator has withdrawn its recognition after finding the bourse non-compliant on several grounds like net worth requirement, Sebi inspection observations and infrastructure, the PTI report added.

Regarding the requisite capability, including its financial capacity, functional expertise and infrastructure, ICEX, in its submission to Sebi, said it does not have the full capability at present and unless the exchange raises funds it would be difficult to build such capability at the optimum level.

The exchange, in its submission, said it would raise investment and restart the trading within one year. However, no action plan has been submitted.

The PTI, in its report, stated that ICEX was recognised as an exchange under forward contracts through a notification issued in October 2009 by the central government on a permanent basis.

In its order, Sebi noted that the net worth of ICEX was ₹93.43 crore as of November 2021, which was further reduced to ₹86.45 crore as on January 2022. According to the rules, every recognised stock exchange is required to have a minimum net worth of ₹100 crore at all times.

The regulator said that none of the contracts being run on the exchange were showing any significant volume.

In the order, Sebi said, "The compliance and regulatory issues, as well as lack of staff for most important functions such as surveillance, made the situation at the exchange very precarious, making its continued survival questionable and a risk for securities market as a whole."

The MD and CEO has now resigned from the exchange, the PTI report added. Further, the exchange has mentioned that experienced personnel are not willing to join the company. In addition, out of three incumbent public interest directors, two have already resigned from the board of the exchange. However, they have been asked to continue till suitable replacements are found.

"...In such a situation, it would be highly unlikely that the exchange would be able to find suitable key management personnel and consequently, making the task of raising funds further unlikely. Therefore, it does not appear that the exchange would be able to raise required funds for its revival as other directors such as public interest directors are there to oversee the functioning of exchange and cannot be involved in a managerial task such as raising funds," Sebi said in its order.

The regulator observed that ICEX had also suspended its trading operations in 2013 due to erosion of net worth, and it took them more than three years to revive the trading. Therefore, it is highly unlikely that they would be able to do so within a period of one year, this time around.

"Considering the current scenario of the securities market, where only those institutions which are capable of adapting to the rapidly changing market structure, alone can survive, ICEX with the aforesaid inadequacies even in the basic requirements to exist as a stock exchange, would only find itself redundant," Sebi noted.

If ICEX is allowed to function in the present manner without any immediate remedial action, it would not only lose its relevance as a public institution but also erode the confidence of the investors, which would in turn compromise on the orderly development of the securities market, it added.

This direction will come into force on the date of the notification of withdrawal of recognition granted to the ICEX in the official gazette.

Pursuant to withdrawal of recognition to ICEX, the exchange has been directed to refrain from using the expression 'stock exchange' or any variant in its name or in its subsidiary company's name, Sebi added.

We explain here what is commodity trading.