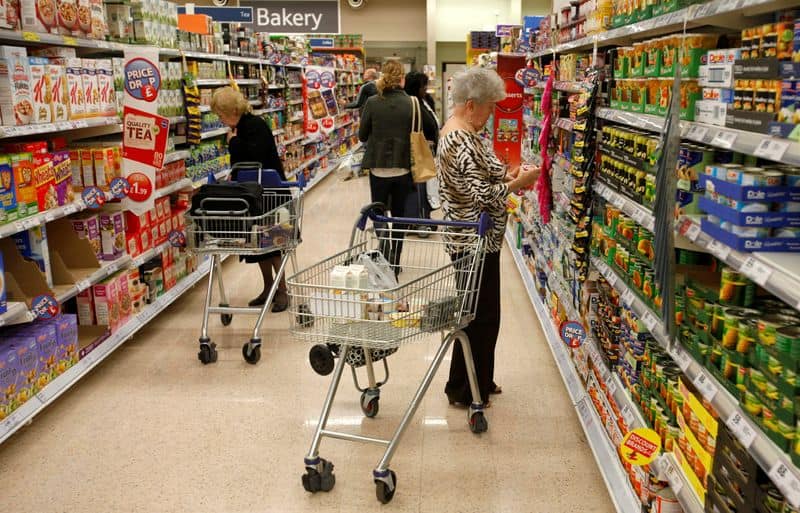 Sharing the outlook for consumer stocks and the impact of the oil price hike, expected in the coming days, on the sector, brokerage firm Jefferies India has cut the earnings estimates.

With the Covid-19-induced disruption changing income trends in India, coupled with retail inflation of more than 6%, people are expected to cut back on non-essential grocery spending in the coming quarters.

Inflation in the wholesale prices in February rose to 13.11% from 12.96% a month ago, but it has been in double digits for ten consecutive months, putting pressure on the expenditure capacity of consumers.

At this point, FMCG companies must choose between margins and volumes. Analysts believe that protecting margins will have a negative impact on company volumes because consumers will reduce their consumption.

According to a report by ICE360 Survey, income of the poorest fifth which constitutes 205 of the Indian households has plunged 535 in 2020-2021, during the Covid-19 pandemic as compared to their income in 2015-2016, whereas the annual income of the top richest 20% of households has surged 395 in the same period.

The phenomenon of wealth concentration in the hands of the top 20% does not bode well for the consumption sector of India which depends on the spending capacity of the masses in the country.

Majority of FMCG companies have already reported a decline in volume growth in the third quarter of FY22.

High oil prices have a direct impact on the consumer goods sector, as consumer companies rely on palm oil for their soap business, which accounts for nearly 20% of their total sales. These businesses will suffer as a result of a shortage of raw materials and higher transportation costs.

Earlier this week, FMCG companies considered another round of price increases to mitigate the impact of commodity price inflation, such as wheat, palm oil, and packaging materials, which may force consumers to pay more for their daily necessities.

Companies like Dabur and Parle are keeping a close eye on the situation and plan to implement gradual price hikes to combat inflationary pressures.

Britannia Industries is expected to go for a 10% increase in prices during the January-March period, despite a required increase of 12% to cover inflation.

According to some media reports, food manufacturers such as HUL and Nestle raised their prices last week. Nestle India has raised the price of its popular Maggi noodles by 9 to 16%, as well as milk and coffee powder.

Rural India accounts for approximately 36% of an FMCG company's sales, and a continued rural slowdown is risky for these companies. According to Malpani, people in cities have begun to use products at the lower end of the price spectrum.

Sharing the outlook for consumer stocks and the impact of the oil price hike, expected in the coming days, on the sector, brokerage firm Jefferies India has cut the earnings estimates.

Jefferies has reduced its earnings estimates for consumer companies by 1-10%, citing a possible delay in gross margin recovery, weakness in volume growth, and margin compression as factors weighing on the sector's companies. Even after lowering earnings expectations, valuations are still at five-year average levels, according to the brokerage.

EPS growth is expected to be in the single digits, according to Jefferies, despite product price increases.

The brokerage said downgrades are highest for Godrej Consumer Products and Hindustan Unilever and the lowest for ITC, Marico and Varun Beverages.

Jefferies has cut FMCG giant Hindustan Unilever's earnings estimates for 2022-23 by 9% and by 3% for 2023-24. With soaps and detergents - the most impacted categories in the current inflation surge - accounting for around 40% of HUL's overall revenues, near-term margin headwinds are likely, said the brokerage.

Godrej Consumer's earnings are expected to be decreased by 3-10%. Earnings expectations for Marico, ITC, and Varun Beverages have all been downgraded by 1 to 3 percent.

According to Jefferies, ITC is somewhat protected from raw material inflation headwinds because cigarettes account for roughly 80% of its earnings per share, and it is also protected from a potential rural market slowdown due to its high urban skew.

Nestle India faces inflation headwinds in the dairy and edible oil category, said Jefferies, cutting 2022 EPS estimate by 6% and 2023 EPS estimate by 2%, but said that a high urban share of revenues along with strong pricing power should help the company.