The reversal of interest rate cycles, as signalled by the Reserve Bank of India's 0.40 per cent increase in repo rates, would weigh on credit growth as borrowings become more expensive, India Ratings and Research said. 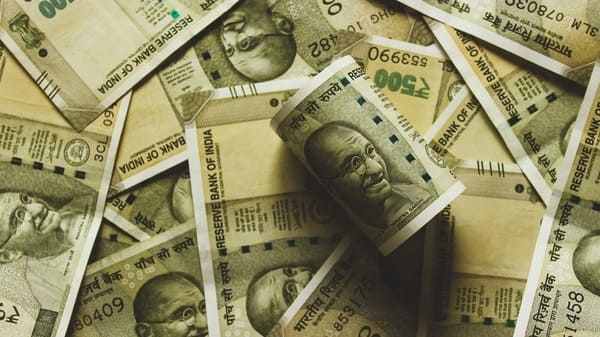 India Ratings said that the credit outlook had recovered at the beginning of 2022 from the COVID wave of 2021.

According to India Ratings and Research, the RBI's surprise rate hike, which signals a reversal of the interest rate cycle, will weigh on the banking system's credit growth, which was showing signs of revival with an 11 per cent increase.

It said that the credit outlook had recovered at the beginning of 2022 from the COVID wave of 2021.

The tailwinds supporting a pick-up in credit growth will be in demand from the industry and services segments, even as growth in the agriculture segment remains stable and muted in the retail segment.

Over the medium term, inflationary pressures, supply chain disruptions, and weak consumption demand could derail the current credit growth revival, and the reversal of interest rate cycles, as signalled by the Reserve Bank of India's 0.40 per cent increase in repo rates, would weigh on credit growth as borrowings become more expensive, it said.

"The banking system credit growth offtake has shown a significant pick-up in the early part of FY23, with credit growth of 11.2 per cent as of April 8, 2022, compared to 5.3 per cent in the same period in 2021, adding that this is the highest since July 2019," said India Ratings and Research in a report.

Retail loans continue to be the single-largest contributor to the incremental year-on-year growth, although the proportion declined to 42.7 per cent in February 2022 from 57.7 per cent in March 2021, it added.

It noted that half of the incremental retail loans since July 2021 are to the unsecured segment, However, it was quick to add that they are doing so with tighter credit filters after their experience in the pandemic.

The RBI on Wednesday raised its key lending rate by 40 basis points, to 4.40 per cent, with immediate effect. The central bank also raised the cash reserve ratio by 50 basis points. This was the first rate hike in policy rates since August 2018.

Meanwhile, the headline CPI surged to a 17-month high of 6.95% in March from 6.07% in February. The headline retail inflation has now exceeded the inflation target of the Monetary Policy Committee (MPC) for three consecutive months.