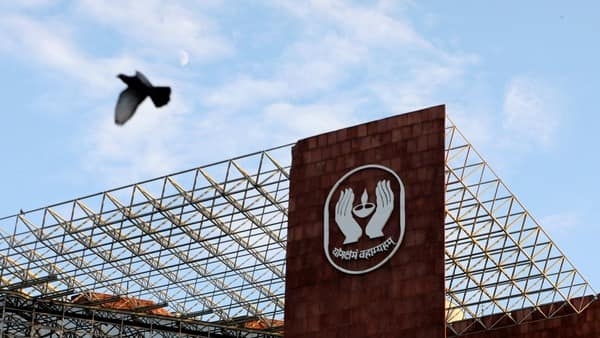 LIC is one of the largest corporations in India and its IPO launch would be the largest public offering ever in the history of Indian financial market. Photo: Anushree Fadnavis/ Reuters

The government is eyeing a market valuation of anywhere between ₹13 lakh crore to ₹14 lakh crore for Life Insurance Corporation of India (LIC) in the run up to its IPO, reported Economic Times.

The sources said that the embedded value of the state insurer could be more than ₹5 lakh crore, which is a measure of the total value of shareholder’s interest in an insurance firm. The market value could be anywhere between three to four times the embedded value, as revealed by the sources, reported Economic Times.

There are several numbers floating in the market in the run-up to the nation’s largest public issue. It is believed that the government will seek a higher market value, while leaving some scope for upside for retail investors. It is a good news for insurance policy holders that a part of the public offer will be earmarked for the them as the government seeks to democratise the shareholding.

The IPO’s draft red herring prospectus (DRHP) is likely to be filed in the next few days as the government may look to sell a 4 to 5 percent stake, as per the feedback from market sources, Economic Times reported.

For past few months, LIC agents have been intimating policyholders to tell them to open depository accounts, as they would be eligible to get shares at a preferential price. The corporation has also been reaching out to shareholders telling them to update their PAN numbers against policies on its website. This will allow the company to check whether the applicants are policyholders or not.

Converting a huge chunk of policyholders would enable the government to liberalise the surplus distribution policy in the time to com. As of now, the surplus is distributed in the ratio of 95:5 between policyholders and shareholders, but the law only permits a 90:10 ratio.

With a projected worth of ₹8 to 10 lakh crore, LIC’s IPO is poised to become the country's largest listed corporation by market valuation. It is critical to fulfilling the disinvestment target of ₹1.75 lakh crore set for the current financial year, which ends in March 2022.