Moody's said that the growth of the Indian life insurance sector will be driven by continued economic expansion and rising demand for health and life protection products. 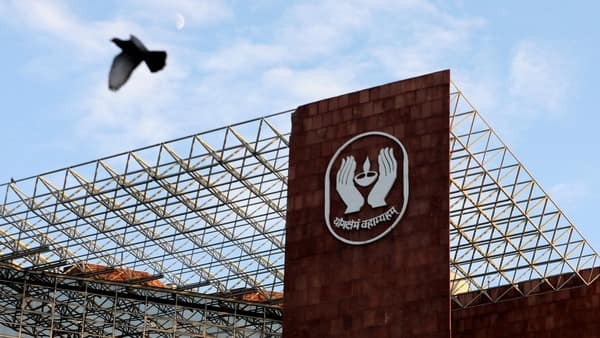 LIC's IPO launch will be the largest public offering in the history of Indian financial markets.

LIC IPO, which hit the market on Wednesday, will remain open till May 9.

LIC IPO had been subscribed 92 per cent by 3:45 PM on May 5, the second day of bidding. To date, investors have bid for 14.93 crore shares, compared to the life insurer's offer of 16.2 crore shares.

Moody's expects, LIC to tighten its underwriting standards and improve its risk management and governance, which should contribute to a stronger financial profile. Given its dominant and market trend-setting position, these enhancements at LIC will likely drive similar improvements across the wider Indian life insurance sector, a credit positive.

Moody's said, as a listed company, LIC will face more demanding disclosure requirements, resulting in increased transparency over its operations, and encouraging it to prioritise profitable underwriting and risk management. This will, in turn, boost its capacity to generate and grow capital internally, it added.

"We see the arrival of external shareholders with experience of the insurance industry as a further key benefit of the IPO." "We believe the presence of foreign stakeholders will bring particular benefits in the areas of capital adequacy, financial flexibility, and governance standards, enhancing LIC’s credit profile," Moody's said in a statement.

Moody's said that the growth of the Indian life insurance sector will be driven by continued economic expansion and rising demand for health and life protection products. Additionally, their influence could aid operational and distribution efficiencies.

According to Moody's, LIC’s CAGR for the five years to 31 March 2022 was slightly behind the wider industry’s at 15.3%, reflecting faster growth of 23% among India’s privately owned insurance groups for the same period.

Moody's noted that the LIC's capital adequacy is weaker than that of its global life insurance peers, as it complies with the Insurance Regulatory and Development Authority of India's (IRDAI's) solvency requirements.

Further, it expects that post-IPO improvement in LIC’s operating performance and profitability will drive comparable changes across the wider life insurance sector. This is because, as India’s dominant life insurer, LIC often sets the trend for pricing and policy terms, it said.

The country’s privately owned insurers have already been preparing for the prospect of future profitable growth opportunities, as premium growth continues alongside the government's reforms of state-owned insurers (which include LIC’s IPO). In FY 2020, four of the 24 life insurers raised capital, and "we expect more such transactions, as well as more M&A deals and IPOs. These will improve the Indian insurance sector's capital adequacy and financial flexibility in the months ahead,"according to Moody's.

The rating agency also expects foreign insurers to continue investing in India's private insurers where the 49% foreign direct investment limit is much higher than the 20% allowed in LIC. Many global companies already present in India through joint ventures may increase their ownership stakes in their local affiliates.