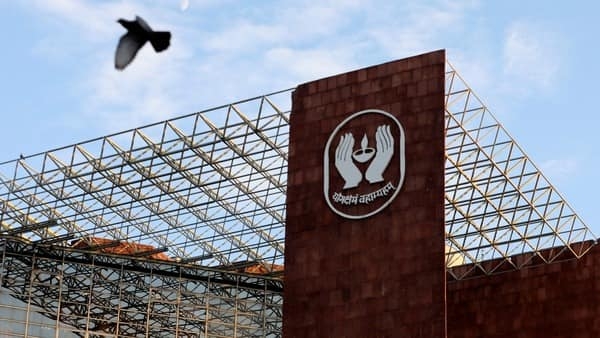 LIC is one of the largest corporations in India, so its IPO launch would be the largest public offering ever in the history of the Indian financial markets. Photo: Reuters

Life Insurance Corporation of India (LIC) recently filed (on February 13, 2022) draft prospectus with the market regulator Sebi to launch an initial public offering (IPO). As per reports, the government could raise around ₹70,000 crore ($8.6 billion) by selling a 5 percent stake at a listing valuation of $172 billion.

The company's sole promoter is the President of India, acting through the Ministry of Finance. LIC is one of the largest corporations in India, so its IPO launch would be the largest public offering ever in the history of the Indian financial markets.

The government will sell 31.6 crore shares or 5 percent equity in life insurance through an offer for sale (OFS) in the IPO. No fresh shares will be issued for the public offer. Currently, the government owns a 100 percent stake in the firm, where the total number of shares is around 632 crore.

Now, that the largest IPO is slowly becoming a reality, let's take a look at some interesting facts about the life insurer:

In a report, global brokerage house UBS noted while 2021 saw a record total capital-raising of $34 billion, of which IPOs accounted for $16 billion; the government's target of raising $8.6 billion through the LIC IPO stands 25 percent of last year's capital-raising total.

LIC has about a 4 percent stake in Indian equities, making it the single-largest stakeholder after the government (promoter stake). This number peaked in 2017 when its stake rose to 4.7 percent but has been falling gradually since then, UBS informs.

UBS added that LIC owns over 19 percent of all government bonds (center + states), making it bigger than the RBI, and surpassed only by the commercial banking system, which owns 38 percent of the total government bonds. Meanwhile, RBI holds 11 percent, insurance companies other than LIC 5 percent and Mutual Funds 3 percent.

A similar trend with G-Secs

Post listing, as per the valuation suggested in media reports of $172 billion, the company will be the third-largest stock as per market capitalisation. only RIL, which has an m-cap of $214 billion and TCS whose m-cap stands at $182 billion will be ahead of the life insurer, the report stated. Other bluechip firms like HDFC Bank, Infosys, ICICI Bank, HUL will be below LIC in respect to market capitalization.

According to UBS, post listing, LIC would account for 43 percent ($377 billion) of the government's listed equity portfolio, the largest till now. This is important from the point of view of government budget financing through divestments. At its valuation, proceeds from LIC would help meet the budgeted divestment target for FY22.

LIC garners the lion's share of household savings at about 10 percent each year, said the UBS report. As per its analysis, nearly ₹10 out of every ₹100 saved by the Indian household each year goes to LIC.