Macquarie vs Goldman Sachs on Paytm: One says buy, other not so sure

Macquarie vs Goldman Sachs on Paytm: One says buy, other not so sure

While global brokerage house Goldman Sachs upgraded the stock to 'buy' from 'neutral' post its third-quarter results; Macquarie Research maintains an 'underperform' call on the stock. 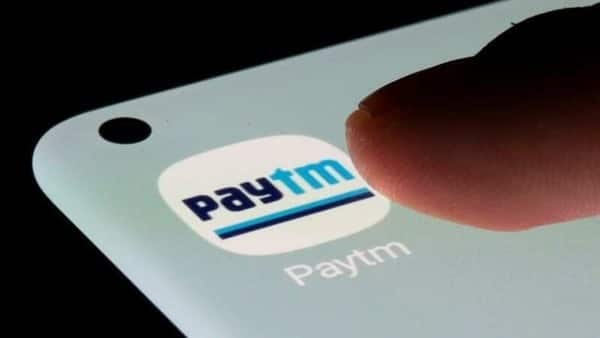 FILE PHOTO: Paytm app is seen on a smartphone in this illustration taken, July 13, 2021. REUTERS/Dado Ruvic/Illustration

Fintech startup Paytm continues to offer huge 'cashbacks' to its investors. From its issue price of ₹2,150, the scrip has declined 62 percent.

Even though the stock has underperformed the markets, brokerages remain conflicted about how to proceed post its December quarter results.

While global brokerage house Goldman Sachs upgraded the stock to 'buy' from 'neutral' post its third-quarter results; Macquarie Research maintains an 'underperform' call on the stock.

Meanwhile, an average of seven analysts tracked by MintGenie give the stock a 'hold' rating.

As per Macquarie, profitability is a distant reality for the firm.

"Paytm reported loss of ₹780 crore in 3Q led by large ESOP cost ( ₹390 crore). This pertains to large ESOP grants by the company prior to its IPO and will be a recurring annual expense of around ₹1600 crore going forward," the brokerage house stated.

GS expects Paytm to reach adjusted EBITDA (That's pure profits, or profits before any deduction) breakeven by the financial year 2024-25.

However, according to Macquarie, investors should not look at EBITDA excluding the ESOPs (Employee Stock Option Plans).

"Since ESOPs are integral for start-ups and there is dilution to minority shareholders when ESOPs are exercised, EBITDA including ESOP costs should be looked at. The issue with PayTM is that the ESOPs have been issued at a very nominal exercise price favouring the employees and that the costs are being borne indirectly by the minority shareholders here," it stated. Macquarie does not see the company reporting a profit or breaking even at least till 2026.

It increased its FY22-26E loss estimates by 39-101 percent to factor in high recurring ESOP costs.

Another reason for Goldman Sachs to remain positive on Paytm was its underperformance in the stock markets. It noted that Paytm's share price is down 30 percent so far this year and the risk-reward is now inclined more towards the upside. Its bull case scenario case indicates an upside of 119 percent while the bear case scenario sees a downside of 14 percent in the stock.

While both brokerage houses make valid points regarding the positives and negatives of the stock; an investor must contact his/her brokerage or investment manager before making a decision.

The three-day initial public offering (IPO) of Paytm's parent One97 Communications was launched on November 1 and ended on November 3. It had a price band of ₹2,080-2,150 per share and was listed at ₹1,950 on the NSE, at a 9 percent discount as compared to its IPO issue price on November 18, 2021.