Market ends in the red after 3-day gain; global uncertainty weighs on sentiment

Market ends in the red after 3-day gain; global uncertainty weighs on sentiment 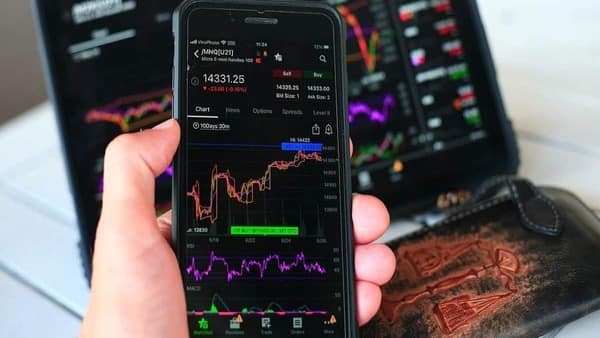 Ivestors took money off the table as global uncertainty persists and the end of war looks remote.

Following weak global cues, frontline indices the Sensex and the Nifty ended in the red on March 31, snapping the three-day winning run, as optimism around the Russia-Ukraine talks fizzled out after the Ukrainian President Volodymyr Zelenskiy said Ukrainian forces are preparing for fresh Russian attacks.

As per a Reuters report, Ukrainian forces are preparing for new Russian attacks in the southeast region where Moscow's guns are now trained after its assault on the capital Kyiv was repelled, President Volodymyr Zelenskiy said on March 31.

The talks between the two countries failed to bear any fruit and the war now is going to enter the sixth week.

However, a fall in crude oil prices and the rupee's gains against the US dollar capped the fall in the market. Brent Crude fell about 6 percent and traded below $110 a barrel after reports emerged that the US was mulling over the idea of releasing a large quantity of its Strategic Petroleum Reserve to tackle high fuel prices.

The Indian rupee gained 12 paise to close at 75.79 per dollar, as per Bloomberg data.

"Domestic market opened on a positive note taking cues from the global market and FIIs buying. However, the mood turned negative in line with global peers following inconclusive Russia-Ukraine talks. Plunge in Oil prices on reports that the US will release substantial petroleum reserves & cheaper oil offered to India by Russia will be positive for India in the future," said Vinod Nair, Head of Research at Geojit Financial Services.

In the 30-share pack Sensex, 15 stocks closed in the green and 15 in the red. Mahindra & Mahindra, Hindustan Unilever, Axis Bank, IndusInd Bank and Bharti Airtel ended as the top gainers in the pack. On the flip side, Reliance Industries, Wipro, Dr Reddy's Labs, UltraTech Cement and Infosys closed as the top laggards.

Among the sectoral indices, BSE Telecom clocked a gain of 1.90 percent, followed by FMCG which rose 1.12 percent. The pharma index fell about a percent.

"We reiterate our positive yet cautious stance citing lingering geopolitical tension between Russia-Ukraine and its impact on the global markets. Meanwhile, markets are offering opportunities across sectors so the focus should be on identifying the sectors/themes which are gaining traction and plan the positions accordingly," said Ajit Mishra, VP - Research, Religare Broking.