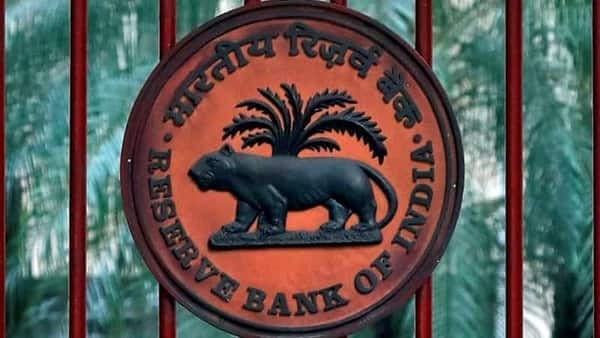 RBI now sees retail or CPI inflation averaging at 5.7 percent in FY23. Besides, the central bank cut the growth projection to 7.2 percent for FY23.

Frontline equity indices the Sensex and the Nifty traded lacklustre after the Reserve Bank of India (RBI) Monetary Policy Committee (MPC) decided to keep the repo rate unchanged (11th time in a row) but rebounded later as it digested RBI's outlook on growth, inflation and hints on the course of policy normalisation.

After the first bi-monthly policy meeting of FY23, the RBI governor said the MPC unanimously voted to leave the repo rate unchanged at 4 percent and keep the stance accommodative.

RBI will restore the liquidity adjustment facility (LAF) corridor to 50 bps, as it was pre-Covid. MSF rate and bank rate remain unchanged at 4.25 percent, the governor said.

The market traded in a narrow range soon after the policy outcome as most announcements were in line with expectations. However, it rebounded in the second half and jumped about a percent.

Sensex jumped more than 600 points while Nifty rose to reach near 17,850 in intraday trade. Mid and smallcap indices rose more than a percent each.

RBI now sees retail or CPI inflation averaging at 5.7 percent in FY23. Besides, the central bank cut the growth projection to 7.2 percent for FY23.

"Assuming oil at $100. GDP growth is seen at 16.2 percent in April-June 2022; at 6.2 percent in July-September 2022; at 4.1 percent in October-December 2022, and at 4 percent in January-March 2023. Spike in crude oil since February-end poses a substantial risk to inflation. Inflation projection fraught with risk, contingent to global crude prices," said RBI governor Das.

Das added that edible oil prices may stay elevated in the near term.

"Retaining the repo rate at 4 percent and reverse repo at 3.35 percent, RBI continued with the accommodative stance on expected lines. Recognising the new reality of higher crude triggered by the war the RBI, as expected, reduced the FY23 GDP growth rate projection to 7.2 percent from 7.8 percent earlier and raised the CPI inflation projection for FY 23 to 5.7 percent from 4.5 percent earlier. This is based on the assumption of crude at $100," said V K Vijayakumar, Chief Investment Strategist at Geojit Financial Services.

"This implies that growth and inflation can be better if crude declines sharply if the war hopefully ends early. The reverse can be true if the war aggravates and crude spikes much above $100. The governor rightly emphasised India's macro strengths pointing to the improvement in the external situation helped by the record exports, ample forex reserves of $608 billion and strengthening of the financial sector. A new tool introduced by the central bank is the SDF ( Standing Deposit Facility) to absorb liquidity. SDF will be the floor of the LAF corridor," Vijayakumar added.

RBI governor said that the path of policy normalisation will not be steep but gradual and non-disruptive to ensure the stability of the financial market.

"The RBI will engage in a gradual and calibrated withdrawal of this liquidity over a multi-year time frame in a non-disruptive manner beginning this year. The objective is to restore the size of the liquidity surplus in the system to a level consistent with the prevailing stance of monetary policy," said Das.