Reports of talks between Russia and Ukraine lifted the mood as investors anticipated the uncertainty over the ongoing war may end soon. 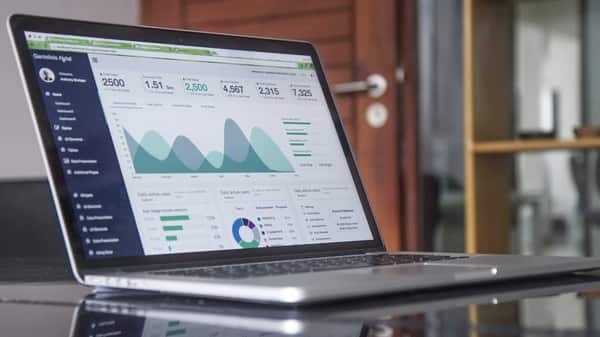 Most triggers for the market, in terms of election results, Ukraine war and its impact, are on the table now and analysts are expecting some ebb in volatility in days to come.

Domestic equity benchmarks logged gains for the third consecutive session on March 10 as market sentiment improved after trends showed that state assembly election results are likely to be in line with expectations.

The rupee rose 26 paise to close at 76.30 against the US dollar on March 10, Bloomberg data showed. The currency gained strength as the market sentiment improved. Crude oil prices, however, gained about 5 percent as Brent Crude traded near $116 per barrel.

The final results of assembly elections in five states – Uttar Pradesh, Punjab, Uttarakhand, Manipur and Goa – are yet to be declared but the early trends are showing the final outcome may be in sync with what exit polls had predicted earlier.

Besides, reports of talks between Russia and Ukraine also lifted the mood as investors anticipated the uncertainty over the ongoing war may end soon.

The foreign ministers of Russia and Ukraine met on Thursday in Turkey, the highest-level contact between the two countries since the war began on February 24, Reuters reported.

Most triggers for the market, in terms of election results, Ukraine war and its impact, are on the table now and analysts are expecting some ebb in volatility in days to come.

"Most of the negatives, including a military war, a sharp jump in crude oil prices, are already there on the table so the market has fewer reasons to be volatile. Even though volatility will take time to cool off, a sharp fall in the market is unlikely unless there is a new negative trigger," said Pankaj Pandey, Head of Research at ICICI Securities.

All sectoral indices ended in the green on BSE, with FMCG, realty and metal rising more than 2 percent each.

"Hopes of progress in high-level talks between Russia and Ukraine and a surge in the Asian market helped the Indian market start with a strong gap-up. The outperformance was supported by positive state election results being in line with expectations," said Vinod Nair, Head of Research at Geojit Financial Services.

Short term outlook of the market

Santosh Meena, Head of Research, Swastika Investmart pointed out that the US inflations numbers will be announced today which is likely to come at a five-decade high and it will act as a critical factor in the upcoming US Fed meeting. Markets are likely to remain volatile till the Fed meeting.

"Short-term traders should watch market behavior in the 16,800-17,000 zone then trade accordingly while long-term investors should continue to accumulate good quality stocks. Our top preferred sectors are capital goods, infrastructure, real estate, and financials however rising commodity prices are a major challenge in the near term. IT stocks may continue to do well after a recent correction while some private banks like HDFC Bank, Kotak Mahindra Bank, and ICICI Bank are looking attractive after a recent fall," said Meena.

"Markets today were driven majorly by Election results across various states. Today post markets Russia-Ukraine are to hold talks which will have a major effect on markets tomorrow. Also Bank Nifty will be in focus tomorrow as Feb month Deposit growth and Bank loan growth data will be declared. Investors are advised to still avoid taking new position till the situation between Russia & Ukraine is normalised," said Rahul Sharma, Market Strategist & Head Of Research And Development at Equity99.

With inputs from Deepika Chelani.