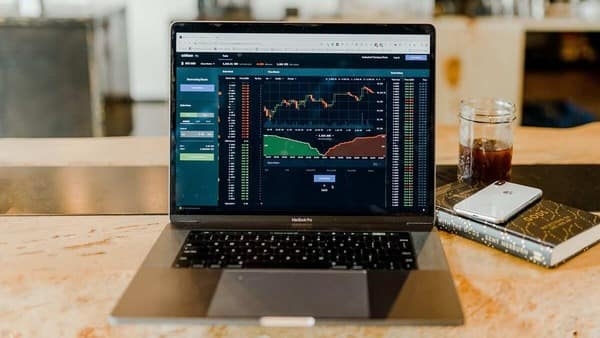 Frontline indices the Sensex and the Nifty ended in the red for the second consecutive session on April 6 dragged by losses in shares of financial and IT majors.

Sensex opened in the red and remained subdued throughout the session as investors continued selling shares of heavyweights ahead of theRBI policy outcome.

The RBI MPC meet began today and the outcome is due on April 8. Most analysts believe the central bank may maintain the status quo on stance and rates but elevated inflation can prod the bank to hint at the course of policy normalisation.

Global cues remained weak as other than the Ukraine war investor sentiment was hit by the prospects of big interest rate hikes by the US Fed next month.

As per a Reuters report, the US dollar hit its highest in almost two years, while expectations of new sanctions raised oil supply concerns sending crude prices higher.

Brent Crude traded near $110 a barrel. Rupee also suffered strong losses as it closed 42 paise lower at 75.76 per dollar.

"Key indices remained muted due to drop in HDFC group stocks after the rally, the subdued performance of IT sector in anticipation of weak results on a quarter-on-quarter basis and weak global cues. The broad market has maintained its momentum due to the good performance of mid and smallcaps. We can expect volatility in the near-term ahead of the RBI policy meet which is expected to hold the rates but increase inflation forecast," said Vinod Nair, Head of Research at Geojit Financial Services.

Even though the benchmarks ended in the red, some 183 stocks, including NTPC, Power Grid, Vedanta, Bank of Baroda, Adani Green Energy, Adani Power, Chalet Hotels and Jindal Steel, hit their fresh 52-week highs on BSE.

"Traders rushed to trim their position further in banking and IT stocks, thus pulling down key benchmark indices sharply lower. Weakness in other global markets and concerns of hawkish US Fed likely to hike interest rates along with caution ahead of RBI's policy meet prompted investors to turn risk-averse," said Shrikant Chouhan, Head of Equity Research (Retail), Kotak Securities.

As per Ajit Mishra, VP - Research, Religare Broking, global developments have again taken center stage for the markets and the updates on Russia-Ukraine would remain on investors’ radar. On the domestic front, investors would keep a close watch on the RBI monetary policy meet the outcome on April 8.

"We expect volatility to remain high, thanks to weekly expiry, however, we are still seeing select pockets like power, fertilizers, and oil marketing companies doing well so participants should align their positions accordingly. On the index front, we expect the Nifty to hold the 17,700 level," said Mishra.