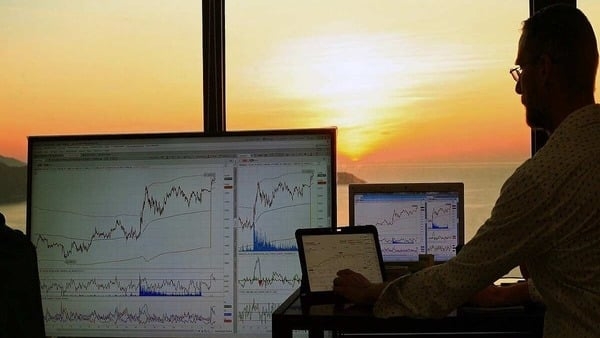 Analysts are expecting rangebound trade in the near term and point out 17,300 odd levels are the immediate hurdle for the Nifty.

Frontline indices the Sensex and the Nifty ended in the red for the second consecutive day on March 24 amid weak global cues.

Investor sentiment remained fragile as the Ukraine war continues while the Western leaders are meeting in Brussels to discuss increasing military aid to Ukraine.

Crude oil prices eased but traded above the $120 a barrel mark, not giving much relief to investors. The rupee ended 7 paise lower at 76.37 per dollar on March 24, as per the Bloomberg data.

Sensex saw 15 stocks ending in the green and the same number of stocks ending in the red. Dr Reddy's Labs (up 4.90 percent), Ultratech Cement (up 1.77 percent) and Reliance Industries (up 1.50 percent) ended as the top gainers in the Sensex index. On the flip side, Kotak Mahindra Bank (down 3.09 percent), Titan (down 2.63 percent) and HDFC Bank (down 2.23 percent) ended as the top laggards.

Mid and smallcap indices outperformed the benchmarks as the BSE Midcap index rose 0.34 percent while the smallcap index logged a gain of 0.16 percent.

Banking and financial stocks remained under pressure. The BSE Bankex index fell 1.69 percent, ending as the top loser among the sectoral indices. Consumer durables and finance indices closed with losses of 1.58 percent and 1.30 percent, respectively.

Analysts are expecting rangebound trade in the near term and point out 17,300 odd levels are the immediate hurdle for the Nifty.