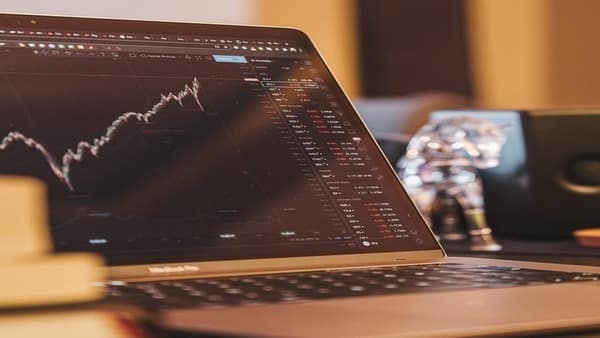 Bajaj Finserv, Bajaj Finance, Mahindra and Mahindra, Power Grid and Nestle ended the day as the top gainers in the Sensex index, rising between 2-4 percent.

Key equity indices the Sensex and the Nifty ended in the green for the third consecutive session on March 30 as reports of talks between Russia and Ukraine continued underpinning market sentiment, boosting hopes that an end to the ongoing war was near.

As reported by Reuters, Russia said it would curtail operations near Kyiv and the northern city of Chernihiv to increase mutual trust for peace talks.

Easing crude oil prices and the rupee's rise also influenced the mood. Crude oil benchmark Brent Crude traded near $110 a barrel while the rupee gained 8 paise to close at 75.91 per dollar on March 30.

"High volatility prevailed in the global market, but peace talks between Russia and Ukraine gave hopes of de-escalation of the war, helping the domestic market to trade with confidence. The ease in crude oil and commodity prices supported the market as it will help corporates to reduce their margin pressure," said Vinod Nair, Head of Research at Geojit Financial Services.

Bajaj Finserv, Bajaj Finance, Mahindra and Mahindra, Power Grid and Nestle ended the day as the top gainers in the Sensex index, rising between 2-4 percent.

On the flip side, ITC, Tata Steel, Tech Mahindra, Bharti Airtel and Titan ended as the top losers among the Sensex peers.

BSE Midcap and Smallcap indices clocked gains of 0.78 percent and 1.09 percent, respectively. Bank, finance, realty, capital goods and auto and IT indices rose over a percent each. However, the metal pack witnessed strong selling as the BSE Metal index suffered a cut of 2.89 percent with stocks such as Hindalco and JSW Steel falling as much as 5 percent.

"Investors cheered the reports that both Russia and Ukraine are engaged in peace talks, which is providing some stability to markets globally. Another key aspect has been the fall in crude oil prices, which would help keep a lid on rising inflation levels," Shrikant Chouhan, Head of Equity Research (Retail), Kotak Securities, observed.

"Currently, the market is trading near its important resistance level and has also formed a small Hammer candlestick formation. We are of the view that as long as the Nifty is trading above 17,400, the breakout structure is likely to persist till 17,600-17,645. On the flip side, below 17,400, the index could retest the level of 17,350-17,265," said Chouhan.